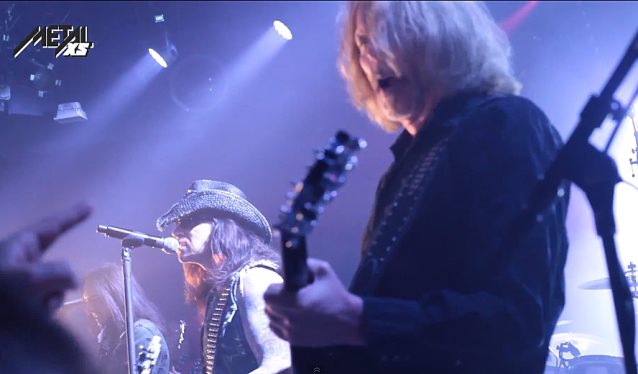 High-quality, multi-camera video footage of BLACK STAR RIDERS performing the song "Are You Ready" on October 17 at Trabendo in Paris, France can be seen below (courtesy of French webmagazine Hard Force's "Metal XS").

BLACK STAR RIDERS made its live debut on May 30 at The Marshall Theatre in Milton Keynes, United Kingdom. The set featured a mix of music from "All Hell Breaks Loose" along with classic THIN LIZZY tracks.