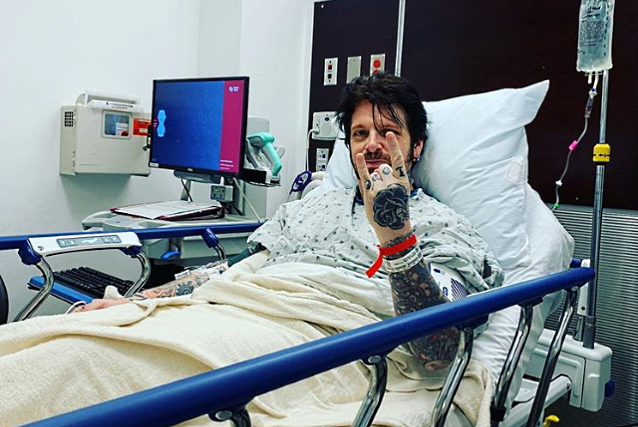 Earlier today, Warwick posted a photo of him laying on a hospital bed and flashing the "devil horns, along with the following caption: "Should never have asked [wife] Tina where to put that Christmas Tree!!!!! Small procedure this morning .. all good. Thank you to the lovely staff and doctors and Cedars Sinia Hospital West Hollywood!! Happy New Year !! #cedarssinai #punkrockhospital #happynewyear"

Born in Newtownards, County Down, Northern Ireland, Ricky now calls Los Angeles home — he's lived there for more than 15 years. Ricky has four kids — his youngest is 11 and his oldest is 22.

Earlier in the year, Warwick signed a worldwide deal with Nuclear Blast for his solo album releases. His new solo offering, "When Life Was Fast And Hard", is due in 2020.


Should never have asked Tina where to put that Christmas Tree!!!!! Small procedure this morning .. all good. Thank you to the lovely staff and doctors and Cedars Sinia Hospital West Hollywood!! Happy New Year !! #cedarssinai #punkrockhospital #happynewyear