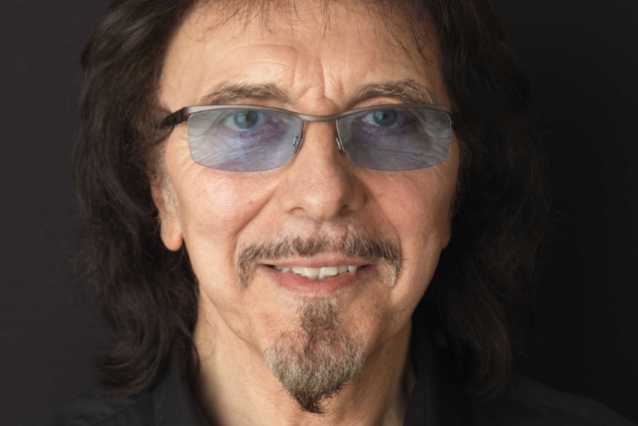 Legendary BLACK SABBATH guitarist Tony Iommi will give a fascinating insight into his life and career at two very special events announced for October 2018.

Billed as "Tony Iommi With Phil Alexander: A Life In Music", fans will witness Tony in conversation with respected journalist and broadcaster Phil Alexander at dates in Paisley and Edinburgh.

Iommi's influence on the history of popular music cannot be overstated. A key innovator and a true rock star in every sense, when we think of Tony we think of heavy rock and of his innovative, dark guitar riffs — we think of the beginning of heavy metal.

Over 100 million albums have been sold by BLACK SABBATH, with their most recent album reaching No. 1 in many countries around the world, including the U.S. and the U.K. But it's not only the recorded sector that has been ruled by the rock legends, as over 1.6 million people who saw BLACK SABBATH perform live during their final world tour will testify.

Besides releasing three solo albums, Tony has been inducted into the Rock And Roll Hall Of Fame, written a New York Times bestselling autobiography, received two Grammy Awards and had Birmingham's Broad Street add his star.

Looking ahead to these special events, Tony said: "I'm really looking forward to spilling the beans with Phil Alexander at our 'A Life In Music' shows. I've known and worked with Phil for a long time and he probably knows more about my career than I do! He's got a great sense of humour and, combined with a nose for every last detail, it'll be fun delving into all periods of my career."

The evenings' host Phil Alexander comes from a print, radio, TV and online background. As editor of Kerrang!, he transformed the magazine into a multi-platform brand by launching the Kerrang!-branded TV, radio, web site and awards and, besides also being editor-in-chief for Mojo, was later appointed global creative director of Kerrang! magazine and Rock Music Media.

Phil said: "Each evening will be unique. As well as covering Tony's formative years, each night will focus on a specific period in his remarkable, storied career, providing a different experience for every audience. These are nights not be missed."

The dates for "Tony Iommi With Phil Alexander: A Life In Music" are as follows: