Ozzy Osbourne's BLACK SABBATH bandmates have revealed to Classic Rock magazine that they had no idea the singer had relapsed back into the addictions that have haunted him throughout his career.

"You know what?! I couldn't believe it," BLACK SABBATH guitarist Tony Iommi told the magazine. "He was working at my house and I didn't pick up on it at all. None of us did. He really hid that well! It was a shock, actually, when Sharon [Ozzy's wife/manager] told me. I just couldn't believe he'd been drinking again. I didn't see any signs of it. He was turning up to my house on time and we were rehearsing and writing, and I never saw anything. I've known him for 50 years, so I should know him, but God, I never sussed that at all."

Added BLACK SABBATH bassist Geezer Butler: "[Ozzy] was really good at keeping it secret. I thought he was talking a lot — he used to drive us nuts because he wouldn't stop talking — but we put that down to the excitement of doing the album. Any time I'd had a drink, he'd be saying: 'Oh, have you got a hangover?' And meanwhile he was doing all kinds of stuff. But it certainly didn't affect his performance in the studio — to us, he'd worked better than ever. Sharon told me and Tony, and by that time Ozzy had gone into rehab."

Iommi and Butler also spoke about their relationship with estranged BLACK SABBATH drummer Bill Ward, who was originally announced as part of the band's reunion album and tour in late 2011, but bowed out in early 2012 over a contract dispute.

"I haven't spoken to Bill, but to be honest, I don't actually know how to reach Bill these days because he doesn't have the same phone number as I have for him," Tony said.

"I see people saying: 'Why don't they talk?' But it's not that simple. The only way I can reach Bill is by e-mailing his secretary, and then she speaks to Bill. It's not as easy as picking the phone up. I e-mailed him the other week, because he'd been in hospital and wasn't that well, but that's as far as it's got at the moment.

"I'd like to talk to Bill — me and Bill have been friends for many years — but it's not happened recently."

"I don't talk on the phone to anybody because I'm horrible on the phone as we didn't have one in our house forever," Geezer said. "But I've exchanged a few e-mails with Bill, just to see how he is.

"We all still love Bill, and we desperately wish that it had worked with him, we really do, because that's the true SABBATH, the four of us. But we tried, and for some reason, it didn't work, so you have to get on with life.

"When I'm in touch with Bill, I don't mention the album or tour or anything. I wouldn't do that."

The members of SABBATH also expressed their uncertainty about whether making a follow-up to this year's reunion album, "13", would be a good idea for the group.

"We've not spoken about it, to be honest," Iommi explained. "I don't know if it would be the right thing to do. God knows what the expectations would be next time around. I'd probably have a heart attack worrying about it!

"Making '13' was such a great, memorable experience, so if that's the final chapter, we'd have to be happy. But who knows. l don't think we'd write anything off. The history of this band has taught me to never say never."

Added Butler: "To me, it's been nicely rounded off now.

"If we did another album, it just wouldn't have the same vibe, as far as I'm concerned. And with this one doing so well, the next one would have to be No. 1 everywhere too or people would see it as a failure!"

Commented Ozzy: "We'll see what happens. We made promises about another album 15 or 20 years ago and it took this long for it to happen. I don't think you'll see another one in 20 years, put it that way." 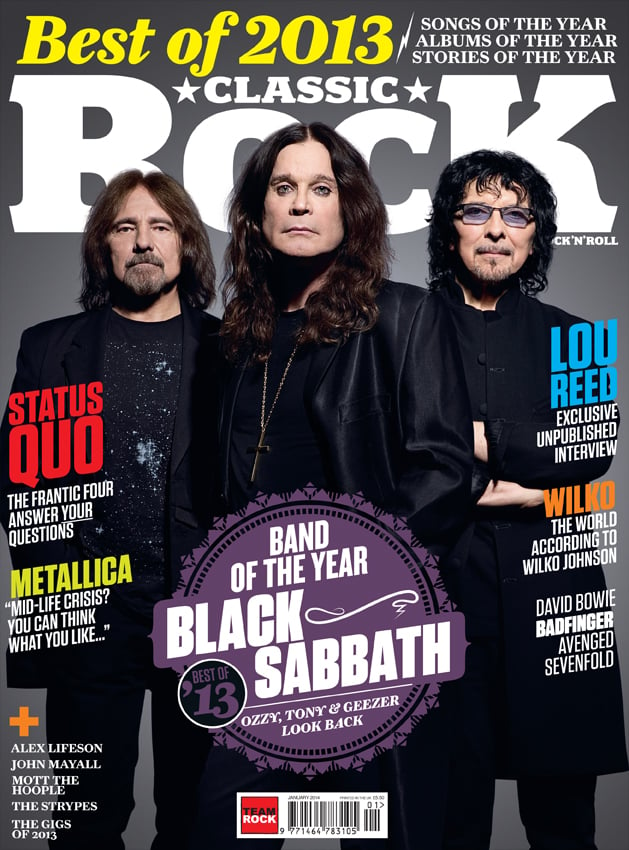