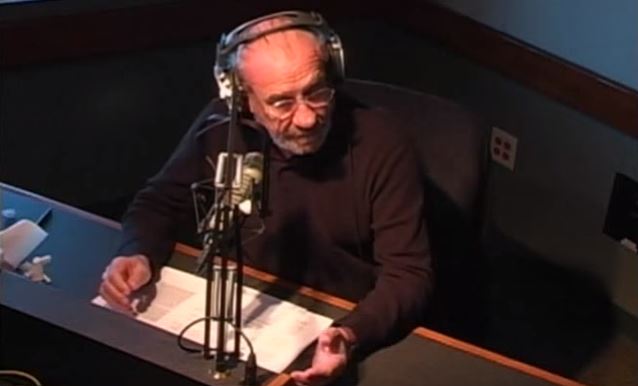 This weekend's edition of legendary BLACK SABBATH drummer Bill Ward's radio show "Rock 50" included his tribute to the Paris attack survivors and a few words about late MOTÖRHEAD drummer Phil "Philthy Animal" Taylor, who died on November 11 at the age of 61.

Speaking about terrorist attacks in France that left 130 people dead, Ward read the following statement during his radio show: "This is from 'Rock 50' and my family. We send our deepest condolences to the families of those whose lives, on Friday, November the 13th, were horribly cut short. Our respect and sincere wishes go to all those who are surviving and recovering from their physical injuries. Our hearts are sad and we are moved by the courage of the survivors of the Paris attacks. Their outlook and resilience is a stark contrast to the world's shock, fear and outrage. Leading with a healing response, the survivors have shown an extraordinary example of love and tolerance. We can learn from them. They are to be admired and commended for such selfless enlightenment in the face and shadow of a self-defeating tyrannical sickness."

He continued: "I am thankful that my eldest son, musicians I admire and a longtime old friend were not in the concert hall at that life-betraying moment when the shots were fired.

"In all that is honesty and life, music and love will prevail — it will prevail above all wretched consequences. It is light and comfort and solace for millions.

"Have hope in the spirit of music.

"May peace reside in the hearts of the suffering forever."

After reading the statement, Ward went on to say: "I hate reading statements like that, but at the same time, I feel that statements like that have to be made. And I'm not a politician, I'm a rock musician, but I've been saying things for a number of years now about stuff when it sticks out, and it was time to make a statement as well. And my hat is definitely off to the survivors. I was so moved by watching them on TV and the reports. I'm just glad that they're alive to tell their story. They are angels on the earth, that's for sure."

The original lineup of SABBATH reunited in late 2011 for a new album called "13" and a world tour. Although Ward was on board at first, he dropped out over what he called contractual issues. Ward will apparently not be part of the band's 2016 farewell tour either.