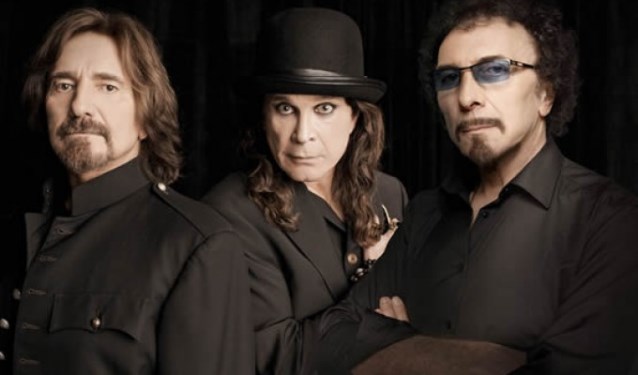 BLACK SABBATH's second album, "Paranoid", will be reissued on November 11 by Rhino as a four-disc set that includes the original 1970 LP, a rare quad mix of the record folded down to stereo and two live shows from 1970, one from Montreux and one from Brussels.

JUDAS PRIEST singer Rob Halford penned the liner notes for the upcoming release. He wrote: "'Paranoid' is important because it's the blueprint for metal. It led the world into a new sound and scene."

"Paranoid: Super Deluxe Edition" includes a hardbound book with new interviews with all band members, photos, a poster and a replica of the book sold during the group's tour in support of the album.

The quad mix included on the set's second disc comes from vinyl and 8-track pressings made in 1974. They've been long out of print. The concerts were recorded around the time of the album's release; in fact, the Montreux show was performed before the album even came out.

Released in the autumn of 1970, "Paranoid" is regarded by many as the finest heavy metal releases of all time, is hugely influential and has come to define the genre.

The album was produced by Rodger Bain and was recorded at Regent Sound Studios and Island Studios in London, England.

Asked if he realize how special "Paranoid" was while creating it, original SABBATH drummer Bill Ward told Goldmine: "There were several things that I felt back then but I knew that we were into something different. I mean, I think we all did. We knew that we were tapping into something we enjoyed very much. But we knew that it was different. And we knew that it was fragile as well, in the sense that this might not last more than five minutes, you know. Because there were so many opponents in, for lack of better words, higher places that were out to get that album and not give it any time at all."

He added: "When we played these songs originally, like I said earlier, we didn't know if it was going to last or not. It was actually quite fragile in many ways. But then SABBATH became generational. I guess that happens, where other bands become almost cultish. The life of SABBATH has been dependent upon others who have been influenced by SABBATH's music, just by granddad telling grandson: 'Hey, check this band out.' That's been amazing that part. We started to notice that when the guys showing up now are 50, 60 years old, and the kids there as well are, like, 10 years old. It's really neat, actually. It's very nice to see all that. I'm quite pleased how it's turned out to be influential with other musicians, too. To me, those are the things that are like silent gifts that you get when you get old. I hope that I received them with a modicum of humility and not big-headed about it."

Pressed to elaborate more on his use of the word "fragile," Ward said: "Back then, when we were making 'Paranoid' — and when we made our first album — we were still very much a band and we were very tight. There was the band, then the road managers and then the other people who would drive us around and take care of us, you know. There was probably ten of us, ten people together, and in a lot of ways there was a lot of internalizing. You know, we took care of each other's back and we looked after each other. We were really like one. I often referred to it as the Four Musketeers. It felt like that because there was so much coming from the outside. Between the media and TV and all the new audiences that we were reaching, all the new countries that we were traveling in. There was still very much this newness to everything. And I guess a sense of mistrust. We come from a really really hard, tough area in Birmingham so we learned to grow up with one eye always open, so to speak, we weren't stupid, in that sense we were pretty street smart."

He continued: "Keeping that in mind, as we were passing through record companies or talking to lawyers or anything like that, we were much very private. We huddled down and discussed everything and what was going on. We had just come from a huge two-year of touring in Europe where we would share our food. We were quite penniless so when we were playing the Star club and going through the Reeperbahn and doing all the things in Denmark and Sweden and so on and so forth, when we were doing those gigs prior to 1970, we had to learn how to survive because we were basically living for food and playing for food and things like that. So that really does breed a tough veneer, if you like. So we had that for some time. That traveled with us into the new world and the new changes that we were going through, or were about to go through. And that's what I meant by 'fragile.'"

SABBATH originally started out as a blues-rock act called EARTH, and singer Ozzy Osbourne told The Pulse Of Radio that some of that influence made its way into their first album. "We were originally a six-piece blues band," he said. "We had a saxophone player, bottleneck guitar player but they left, they fell to the way, and then we just started writing our own stuff and it came off blues. And so I suppose when we went and we did the first album, we still had that blues flavor with us, you know." 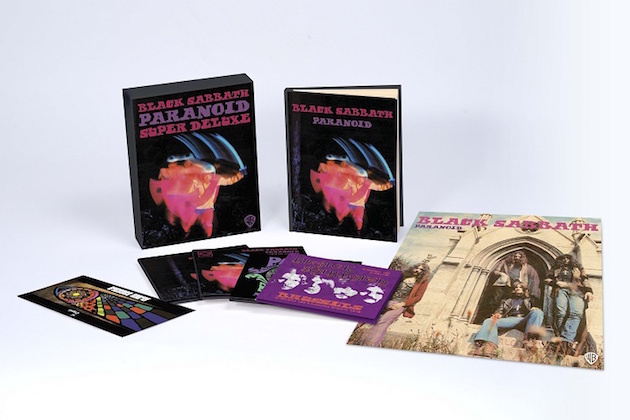