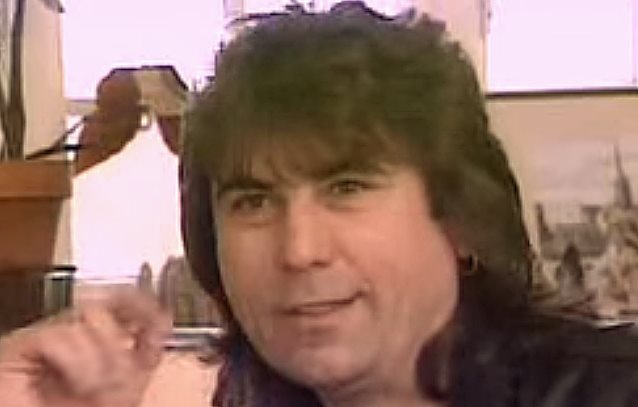 May, who was good friends with Cozy, will unveil the plaque in a ceremony that will be open to the public. There will be rock music memorabilia and tributes by local musicians at the reception.

The event will reportedly be filmed and included in a documentary about Cozy's life, "Dance With The Devil - The Cozy Powell Story", which has been in production for the last several years.

The plaque was created by Cirencester Town Council in response to a petition started by Italian woman Rossella Amadori and signed by 3,000 people.

Powell died on April 5, 1998 following a car crash while driving his Saab 9000 at 104 mph (167 kmh) in bad weather on the M4 motorway near Bristol, England. According to a BBC report, Powell's blood-alcohol reading at the time of the crash was over the legal limit, he was not wearing a seatbelt, and he was talking to his girlfriend on his mobile phone.

"Dance With The Devil: The Cozy Powell Story", British independent film director Lee Hutchings's long-awaited documentary about Powell, will feature exclusive and extensive interviews with family, friends, work associates and fans, inbetween various archival footage. The film will be an essential, in-depth and personal account of the man who, from humble beginnings, would go on to play an essential part in British and American rock drumming by playing in and alongside multiple bands and solo artists, as well as his own solo recordings, including his signature instrumental "Dance With The Devil", up until his tragic death.