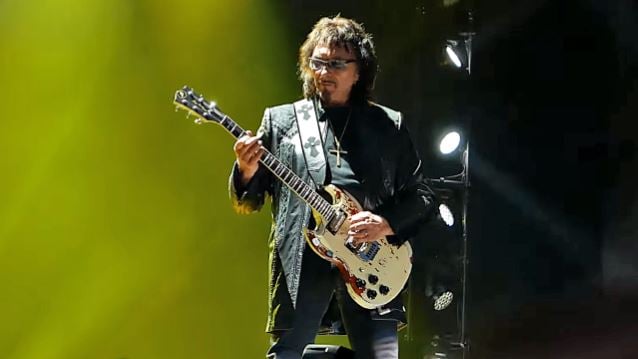 Heavy metal pioneers BLACK SABBATH played their last-ever U.S. show on Saturday, November 12 in front of 13,000 fans at the AT&T Center in San Antonio, Texas. The gig took place nearly five years to the day that the legendary act announced its reunion.

According to Andy O'Connor's review at Austin360, "SABBATH's setlist focused on the very early part of their career in the early '70s, and while that contains most of their popular material, it's a rather small sliver of their complete work."

Michael Knoop of MySanAntonio wrote in his review: "The highlight of the show was when [singer] Ozzy [Osbourne] invited the crowd to sing along to 'War Pigs'. The fans readily obliged, including wordlessly singing the guitar melody like a 13,000-strong choir. Other fan favorites were [Geezer] Butler's bass solo, which launched into a rip-snorting run-through of 'N.I.B.' Then Ozzy left the stage as the other three launched into the instrumental 'Rat Salad' which segued into a mammoth drum solo by [Tommy] Clufetos. The drum solo finished with a steady pounding then suddenly the guitar snarled as Ozzy wailed, 'I am Iron Man' and the crowd lost their collective minds yet again."

Ozzy was famously banned from San Antonio for ten years after he allegedly relieved himself on the famous Alamo Centograph in 1982. The ban was finally lifted after the Prince of Darkness donated $10,000 to the Daughters Of The Republic Of Texas, who maintain and manage the Alamo, the mission that was the site of a famous battle during the state's War Of Independence in 1836. The site is considered sacred ground and a symbol of Texas pride.

SABBATH will bring its storied career to a close in its native England, with seven shows booked there in January and February. The last two, on February 2 and February 4, will take place in SABBATH's hometown of Birmingham and will likely be their final shows.

"It will be bittersweet," Geezer said about the band's final shows. "It has been a great achievement lasting so long and still being relevant — it's something to be proud of, but my life will be very empty without the band. I hope our music will be around for a very long time after we've gone."

The original lineup of SABBATH came together in 1969 with Ozzy Osbourne on vocals, Tony Iommi on guitar, Geezer Butler on bass and Bill Ward on drums. That lineup recorded and toured through 1978, and periodically reformed through the '90s and 2000s for live work. 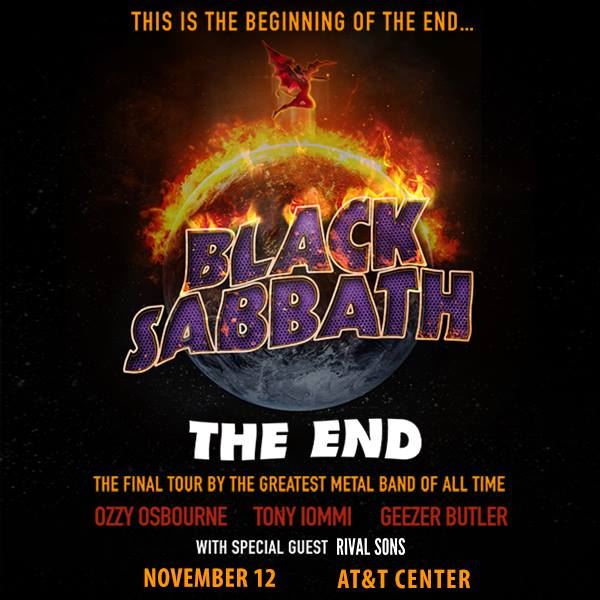