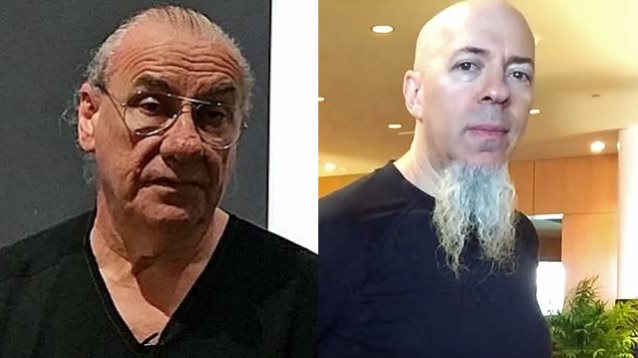 BLACK SABBATH drummer Bill Ward, DREAM THEATER keyboardist Jordan Rudess, bass virtuoso Billy Sheehan. and other metal royalty will be inducted into the Hall Of Heavy Metal History on Wednesday, January 24, 2018 at the Anaheim Wyndham Garden Grove in Anaheim, California. Television and radio personality Eddie Trunk will host the event. An all-star jam, featuring surprise artists, will close out the ceremony. BUDDERSIDE will perform as special guests. Proceeds to benefit the Ronnie James Dio Stand Up And Shout Cancer Fund.

The Hall Of Heavy Metal History was developed by a team of music industry executives to enshrine forever those legendary musicians, music industry executives, radio DJs, journalists, and producers who are responsible for making heavy metal music what it is today. Their contribution to the genre is invaluable, and they keep inspiring heavy metal fans throughout the world, from generation to generation.

Some of the top executives in the music industry oversee the Hall Of Heavy Metal History nominating process. Inductees must meet strict criteria and guidelines, which include the artist or band having at least two and a half million retail units/downloads sold worldwide. The other contributing factors are the inductee's integrity, character, and their contribution to the heavy metal community.

The Hall Of Heavy Metal History is part of the nonprofit organization D.A.D. (Drums And Disabilities).