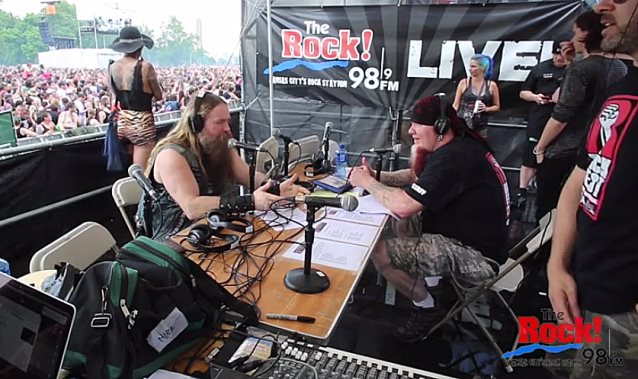 Moose of the 98.9 The Rock radio station conducted an interview with BLACK LABEL SOCIETY mainman Zakk Wylde earlier today (Saturday, May 31) at Rockfest at Liberty Memorial in Kansas City. You can now watch the chat below.

BLACK LABEL SOCIETY's new studio album, "Catacombs Of The Black Vatican", sold around 26,000 copies in the United States in its first week of release to debut at position No. 5 on The Billboard 200 chart.