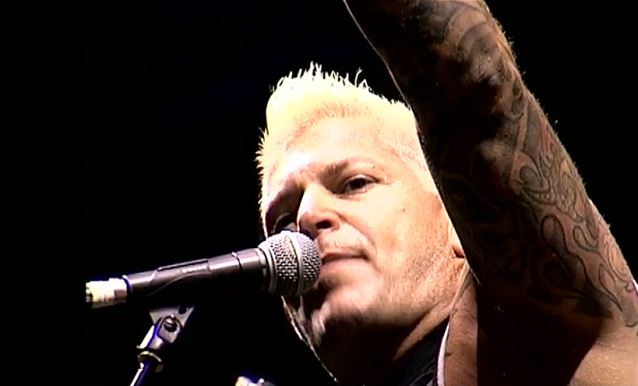 Professionally filmed video footage of BIOHAZARD's August 3 performance at the Resurrection Fest in Viveiro, Spain can be seen at this location. A couple of the clips are available below.

BIOHAZARD recently began writing and demoing material for the follow-up to last year's "Reborn In Defiance".

"Reborn In Defiance" was released in Europe on January 20, 2012 via Nuclear Blast Records.

Not only was "Reborn In Defiance" BIOHAZARD's first original lineup album in 18 years, it also marked the last LP recorded by the band before the departure of bassist and co-vocalist Evan Seinfeld. The effort remains a testament to the four founding members (Billy Graziadei, Bobby Hambel, Evan Seinfeld and Danny Schuler) and their unique chemistry.

Seinfeld left the band in June 2011 after the band's new CD was completed and was replaced by Scott Roberts, who played on the band's 2005 "Means To An End" album and has been part of the BIOHAZARD extended family since.