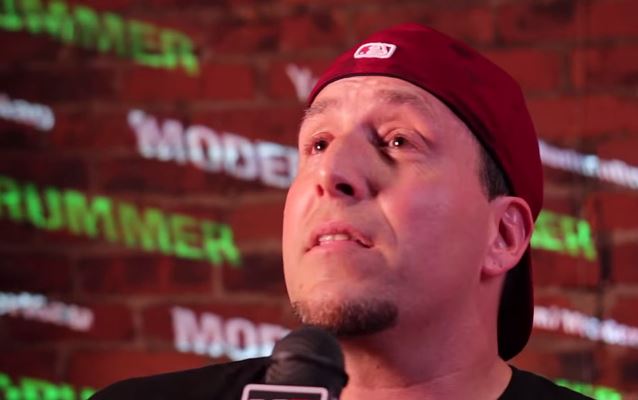 "Met Al Metal" — Israel's metal radio show hosted by brothers Lior and Niv Peleg — last month conducted an interview with BIOHAZARD drummer Danny Schuler. You can now listen to the chat in the YouTube clip below. A couple of excerpts follow (transcribed by BLABBERMOUTH.NET).

On the current lineup of BIOHAZARD:

Danny: "Well, we've had a couple of changes in the band before. Bobby [Hambel], our guitar player, left in 1995. We had a couple of guitar players in the band for a few years after that. So, I mean, we've been down that road before; we've dealt with that. But, you know, nowadays it's different. Scott Roberts [bass, vocals] is in the band now. He's singing with Billy [Graziadei; guitar, vocals]. I don't know… It just feels really solid and strong to me right now. It's still most of the original band — it's three of us and Scott. And I think, more importantly, the band kind of has the same energy and the same passion that we had before. I mean, it's cool. A lot of bands these days change members; it happens. When somebody quits, what are you gonna do? You can't make them stay, right? So you just go on. You just go on and keep going. And that's what we're doing."

On how Scott Roberts became the new frontman of BIOHAZARD following the June 2011 departure of Evan Seinfeld:

Danny: "Scott Roberts was the guitar player in a band called THE SPUDMONSTERS. He was also in the CRO-MAGS for a little while… you know, a couple of different bands. And he's been a friend of ours for a very long time. And he was never a singer. Just one day we were sitting in the studio, he was the guitar player. And I said to him, 'Man, can you play bass?' And he was, like, 'Yeah.' And I said, 'Can you sing?' And he said, 'Well, I'll give it a shot.' And that's it. I mean, Scott has a lot of other qualities that are very important to the band — he's a very hard worker, he believes in what he does, he's a good person, he's a good friend. We need that in this band; we can't just have anybody jump in there and fill in, you know what I mean?!"

Danny: "Let me explain something to you. We all like sex, we all love women. Women are beautiful, sexy — all that shit; it's all good. Porno, whatever you're into, it's great — I love it; I love everything. But I never saw a connection between our band and what we were trying to say and pornography. I just never wanted that connection, I never saw that connection. It never made sense to me. It never occurred to me that those two things should ever be connected in any way. Because sex is such a powerful thing. You know what I mean?! If you involve sex in anything you're doing, the sex will always overwhelm anything else you're trying to say. Because with human beings, it's such a powerful, overwhelming thing, people can't concentrate on anything else. I'm sure some people might have heard of us from that, but I haven't seen any change in our show attendance numbers or anything like that because of that specifically. You know what I mean?! I haven't seen any benefit from it. I mean, to me, BIOHAZARD has always been about rising above the shit in life that fucks you up, the shit in life that affected you as a kid, the things that hold you back from doing your best. We've always had the band to kind of express the things that bothered us. And I just don't see the tie-in with pornography and our band. I never liked it. I never wanted it there, so I'm glad it's gone, to be honest with you. I know it's funny, I know it's great to joke about it, and I get it; all that. For me, BIOHAZARD's not for little kids. You know what I mean?! It's like adult subject matter. But when my kids go online and they Google-search BIOHAZARD and porno comes up instead of music? You know, that sucks. That sucks. You know what I mean?! I don't want that. I can't control it. But I don't fucking want that, man. It's got nothing to do… We're trying to do positive things, good things."

On why Evan Seinfeld left BIOHAZARD: 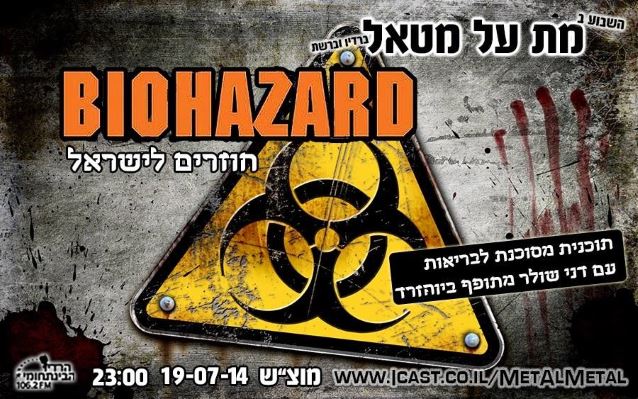