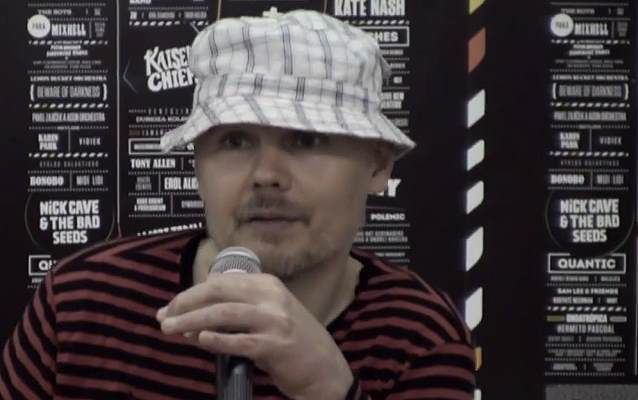 According to The Pulse Of Radio, the house in Glendale Heights, Illinois where SMASHING PUMPKINS founder and frontman Billy Corgan lived for much of his childhood is on the market for $175,000. The house was built in 1969, measures 1,531 square feet and features four bedrooms, two-and-a-half bathrooms, a two-car attached garage, backyard, sundeck and central air conditioning.

Corgan tweeted about the house on Monday (April 28), writing that the ninth picture in the listing was a photo of the room he and his brother shared as kids.

In other news, Corgan has announced that he plans to complete the recording of two new PUMPKINS albums, "Monuments To An Elegy" and "Day For Night", by August 15.

"Monuments To An Elegy" will come first, with Corgan writing that he was working on the final arrangements before recording.

As for the sound of the new disc, Corgan recently wrote, "Think guitars, guitars and more guitars."