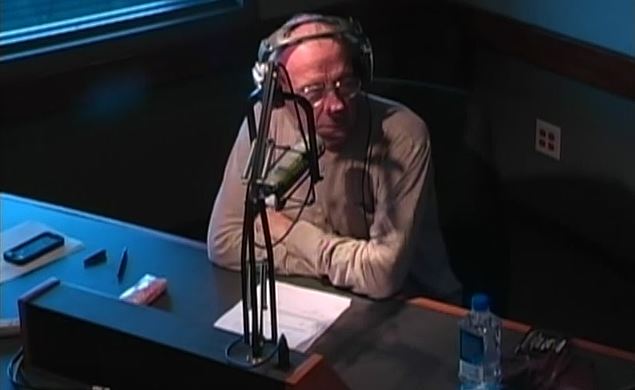 Legendary BLACK SABBATH drummer Bill Ward celebrated his 67th birthday this past weekend by playing some of his favorite SABBATH songs on his radio show, "Rock 50".

Regarding the song "Cornucopia", which originally appeared on SABBATH's 1972 album "Vol. 4", Ward said: "It's just really good. A great live track. It rocks, kicks ass. On a personal note, when I was having some problems in the hospital in November and December… I'd gone through the operations, the first of the operations I had in November and December of 2013. I had my iPod and the one song I played practically every day was 'Cornucopia'. It really helped me along to listen to it. I just wanted to… I was in pretty bad shape, and I wanted to listen to what I used to be like, at that time. Now I can play it again, though. The bad days have gone; it's passed. But it really helped me when I was in the hospital listening to that song on the iPod."

Ward insisted in a recent interview with Rolling Stone that he is "quite capable" of playing a full concert with BLACK SABBATH, despite the band members themselves saying the opposite. Ward stepped away from the SABBATH reunion in early 2012, while the group hinted that he was not in good enough physical shape to either record or tour.

Now after posting an open letter on Facebook in which he demanded that singer Ozzy Osbourne apologize for some of those remarks, Ward was asked by Rolling Stone if he could physically play a complete SABBATH concert right now. Ward replied, "Absolutely, yeah. I have no doubt in my mind. I know that they've suggested that I played half the gig, and I don't want to play half the gig. I'm quite capable of playing a complete fucking BLACK SABBATH set."

Ward added, "It's true that I have heart disease, and it's true that I did get sick a couple of years after the fact. But when the health card is being thrown around, the bottom line is that I really tried to take care of myself… I'm much harder on me than those guys could ever be."

Addressing Ozzy's claim that he was "incredibly overweight," Ward responded, "The truth is that I was overweight for playing onstage, but I wasn't overweight for the studio. I could cut tracks with the weight that I arrived at. All of those guys know that I have a really rigorous exercise regimen."

Ward did reveal his terms for a "signable" contract with SABBATH, saying, "I wanted to earn some better money than we had been (paid) in the past for festival gigs. I think it was somewhere like $80,000 for the festivals, which I can hear everybody gasp now, but $80,000 is not a lot of dough when you're playing festivals."

The drummer said he also wanted to receive some publishing money from the group as well as a "secure contract" for the use of his name and likeness.

Asked if he was still legally a member of SABBATH, Ward said, "I wonder myself actually. I don't know. I'd probably have to ask my legal department. [Laughs] I'm actually not sure."

Ozzy responded to Ward's letter last month, saying, "Bill, stop this smokescreen about an 'unsignable contract' and let's be honest. Deep down inside, you knew you weren't capable of doing the album and a 16-month tour."