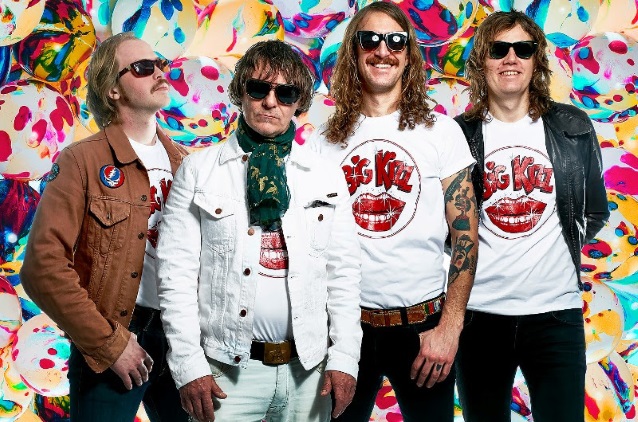 The first video from the disc, "I Want My Girl", can be seen below.

BIG KIZZ plays good-time rock 'n' roll energized with elements of power pop, garage rock and punk that will have toes tappin', ears ringin' and mouths singin' from the moment the needle hits the wax!

BIG KIZZ burst onto the scene in 2017 with its debut, "Eye On You", an EP filled with upbeat rock 'n' roll circa 1976, when proto-glam and punk rock were hardly distinguishable from each other.

Combining a love for British guitar pop songcraft with crunching power chords and a tongue-in-cheek flair for the absurd, the band's impending long-player, "Music Is Magic", is an explosive fusion of BEATLES-esque melodic hooks, WHO-styled power, and a twisted sense of humor. Lyrical content deals with universal themes such as unrequited love and — of course — stickin' it to the man; something we can all get behind. The record also includes a blistering cover of the BIKINI KILL classic "Rebel Girl".

"BIG KIZZ have gathered influences from across the musical spectrum, fed them through our ingenious, Phil Spector-esque hit-creating rock machine and spewed out an eclectic swirl of instant heavy hitters!" says Sjöberg. "With a nod to Ty Segall and Shocking Blue, a tip of the hat to Tina Turner and Ray Charles, and a thumbs-up to VELVET UNDERGROUND and BIKINI KILL, we have delivered a masterclass in wearing our influences on our sleeve, but crucially, fired them out with — what is surely soon to be known as — our signature BIG KIZZ flair." 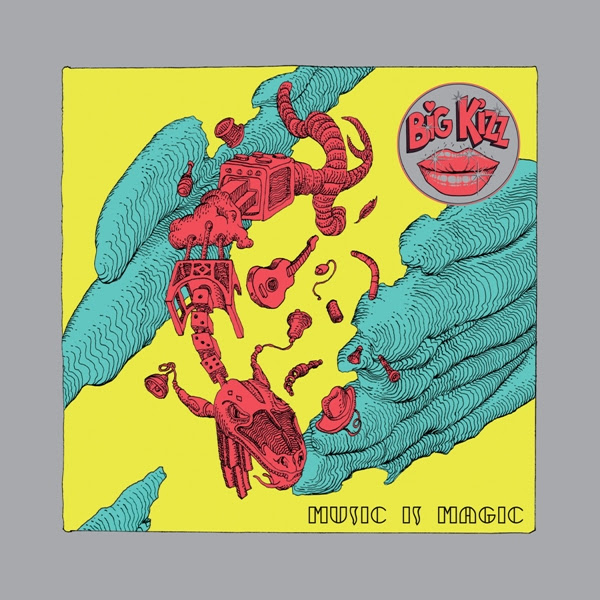