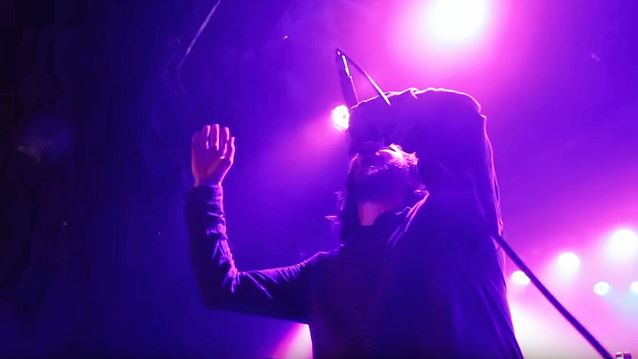 Currently on the road with AUGUST BURNS RED and GOOD TIGER, North Carolina-based progressive rock/cutting-edge metal band BETWEEN THE BURIED AND ME has released a new performance video from this tour — "The Ectopic Stroll", filmed at the Roxy Theater in West Hollywood, California. The track is taken from BETWEEN THE BURIED AND ME's recently released album "Coma Ecliptic".

Following their current co-headlining run with AUGUST BURNS RED, BETWEEN THE BURIED AND ME will appear at premier festivals across the country, including Carolina Rebellion and Rock On The Range.

"Coma Ecliptic" was, once again, an ambitious concept album for BETWEEN THE BURIED AND ME. This time, the story followed the wanderings of an unidentified man, stuck in a coma, as he journeys through his past lives. Each song was its own episode in a modern day, sort of "The Twilight Zone"-esque fashion. The unidentified man enters each world and is offered a choice: stay, or move on to the next in search of something better, something more "perfect."