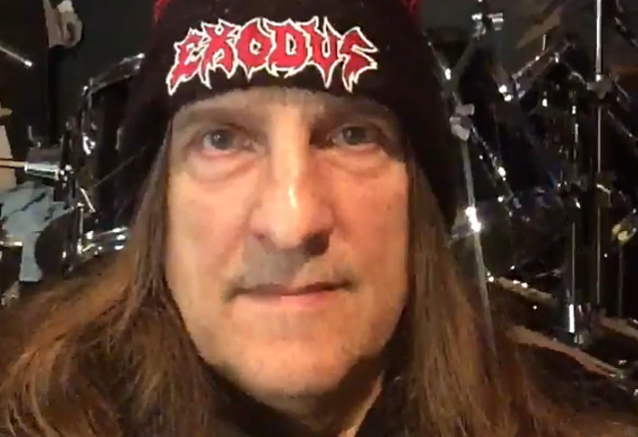 A benefit concert for EXODUS drummer Tom Hunting will be held on Saturday, July 17 at One The Y in Sacramento, California. Appearing on the bill will be BLIND ILLUSION, BONELESS ONES (featuring former FORBIDDEN guitarist Craig Locicero and MACHINE HEAD drummer Chris Kontos) and JESUS CRISIS. On The Y reportedly has a 100-person capacity.

A GoFundMe campaign started less than two weeks ago to help Hunting in his battle with squamous cell carcinoma (SCC) of the stomach has already raised nearly more than $89,000 — including $5,000 from Tom's former EXODUS bandmate, current METALLICA guitarist Kirk Hammett, and $1,500 from FOZZY singer and wrestling superstar Chris Jericho.

The 56-year-old musician revealed the diagnosis in a statement released on April 13. He said at the time: "Today I will be starting treatment for a squamous cell carcinoma. It's a gastric tumor that was diagnosed in my upper stomach in February.

"I'm making this public to raise awareness for people to pay attention to symptoms of stomach and esophageal issues. If they persist, please go get it checked out.

"I'm not gonna be sheepish talking about it. I feel that if I can help someone with what I've learned, or someone out there has information to share with me, it's a win-win! When you can name the enemy, it's empowering, and you're 1 step closer to killing it!

"Ok, you've heard the bad news. The good news is he feels great physically! I'm gonna beat this like a fucking snare drum that owes me money!!! I've had great doctors and a great support system that is an army in itself. I'm ready for the fight!"

After Hunting went public with his diagnosis, EXODUS guitarist Gary Holt said that the band will "delay" the release of its recently completed new album, "Persona Non Grata", "so that when Tom has defeated this, he will be back to full strength to hit the road and pummel his drums like only he can! When he has kicked cancer's ass like we know he will, we will resume kicking YOUR asses with the sickest record yet!" he said.

"Persona Non Grata" will be the follow-up to 2014's "Blood In Blood Out", which was the San Francisco Bay Area thrashers' first release since the departure of the group's lead singer of nine years, Rob Dukes, and the return of Steve "Zetro" Souza, who previously fronted EXODUS from 1986 to 1993 and from 2002 to 2004. 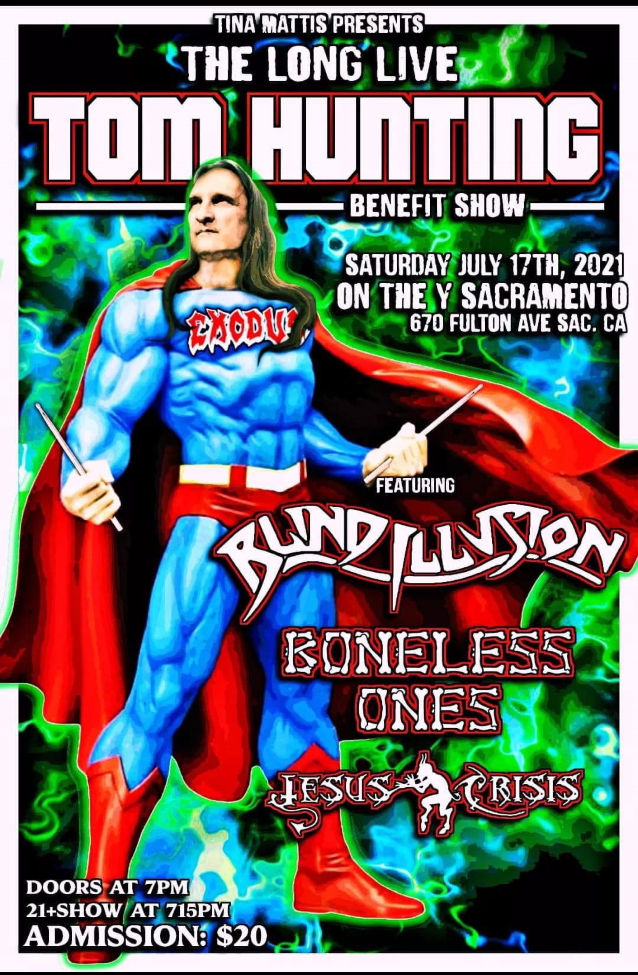