Montreal death metal quartet BENEATH THE MASSACRE will release its new album, "Dystopia", on October 28 through Prosthetic Records.

The track "Our Common Grave" is available for streaming on the group's MySpace page.

"After months of hard work in the studio, we finally have the master version of our new album," says frontman Elliot Desgagnés. "We are all very stoked by the new album as we feel that this is the best release we've ever done and we're impatient to share our songs with our fans."

Recorded again with St-Amand (DESPISED ICON, ION DISSONANCE, NEURAXIS) and featuring artwork from Felix Rancourt, "Dystopia" is the follow-up to 2007's "Mechanics of Dysfunction", which was supported by tours with NECROPHAGIST, THROUGH THE EYES OF THE DEAD and ION DISSONANCE. The band also took part in 2007's inaugural Summer Slaughter tour and last year's Radio Rebellion Tour alongside BEHEMOTH, JOB FOR A COWBOY, and GOJIRA, among others. 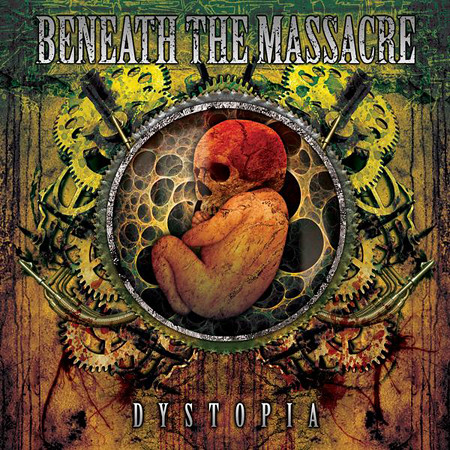