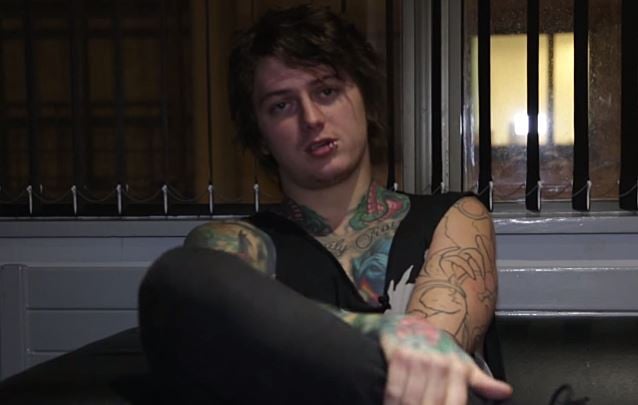 ASKING ALEXANDRIA singer Danny Worsnop "stopped caring" about the band before he officially quit the British metalcore group via a phone call to ASKING ALEXANDRIA guitarist Ben Bruce in January, the axeman claims in a new interview.

Worsnop revealed he was exiting ASKING ALEXANDRIA on January 22, explaining in a statement: "Over the last eight years together, we've done some amazing things and created something truly special. I now, same as then, want what's best for the band and at this point in time, that isn't me. ASKING ALEXANDRIA will continue to tour throughout the year and will be working on a new album."

Although ASKING ALEXANDRIA's split with Worsnop came as a shock to most of the band's fans, Bruce revealed to U.K.'s Kerrang! magazine that "it was a day that had been inevitable and needed to happen for… I wanna say a few months, but it's probably more like a few years. Danny just stopped caring about ASKING ALEXANDRIA; his heart wasn't in it anymore. He didn't like screaming, he didn't like heavy music, he didn't like the fans, he didn't like anything to do with ASKING ALEXANDRIA. And that was apparent for a long time. So, it wasn't a nasty, angry phone call, it was just a much-needed conversation, and it had taken a long time to get to that point."

He continued: "Me and Danny had been best friends for a very long time, [but] as sad as it is, or was, it was necessary, and I know for certain that ASKING ALEXANDRIA — myself, Cam [Liddell, guitar], James [Cassells, drums] and Sam [Bettley, bass] — are a lot happier now that Danny is not a part of the group. We don't have to worry about someone being in a bad mood all the time, or not turning up to stage on time. It was, like, 'If you don't wanna be here, just don't be here.' We're relieved now. We can all move on and concentrate wholeheartedly on a band that we do still love and care about."

Bruce went on to say that "I was very angry at Danny for a long time. He was my best friend, and I felt like he'd abandoned me. But I felt like he'd abandoned me long before that phone call. I felt like him not caring about ASKING ALEXANDRIA anymore was him abandoning me and what we'd created together. [But] there was no anger on the phone. I don't really know what I felt. I'm not sure I felt anything. It was more of an, 'All right, man. See you later, dude,' and that was the end of the phone call. It didn't really hit until it all got publicly released, when it was all, 'I guess this is really happening…'"

ASKING ALEXANDRIA earlier this week confirmed that Denis Shaforostov, formerly of Ukranian metal act MAKE ME FAMOUS, has joined the band as its new vocalist.

Bruce told Kerrang!: "Denis was the right choice to make. He's an incredibly talented vocalist, from the multiple wide range of screams that ASKING ALEXANDRIA obviously needs and will continue to have, and his singing and range is out of this world. He's been a fan of the band for a long time, so he's familiar with all our old songs, and he really cares about the band."

A new ASKING ALEXANDRIA song featuring Shaforostov, "I Won't Give In", can be streamed in the YouTube clip below.

ASKING ALEXANDRIA is scheduled to make a number of festival appearances this summer, including the Warped Tour in North America beginning on June 23.

"Moving On", the latest single from ASKING ALEXANDRIA's 2013 album "From Death To Destiny", reached No. 6 on the rock radio chart. 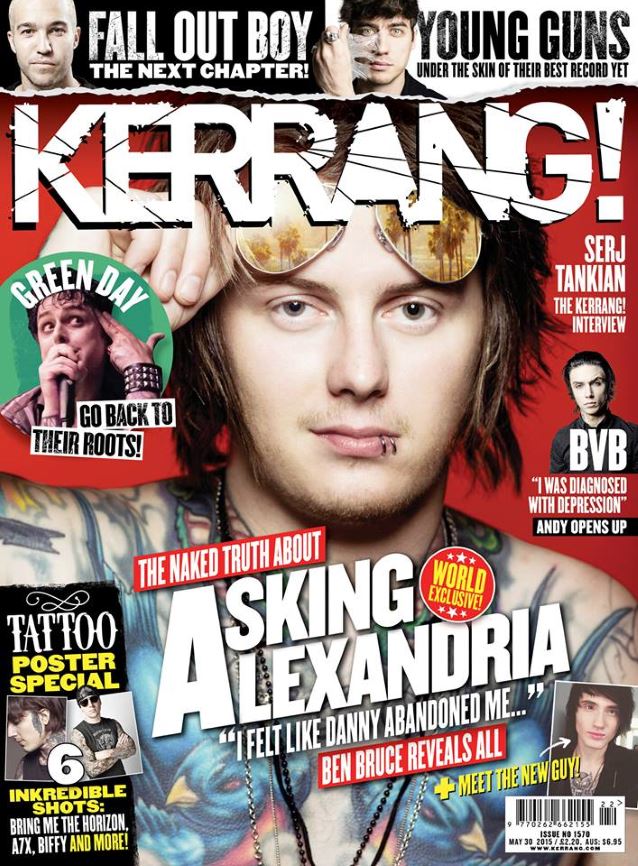