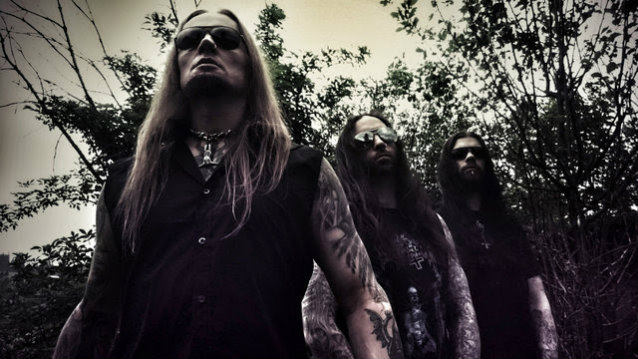 European diabolical death/black metal kings BELPHEGOR will release their new album, "Totenritual", on September 15 via Nuclear Blast. The disc was recorded at Stage One Studios in Germany and Studio Mischmaschine in Austria and will be mixed by Jason Suecof and mastered by Mark Lewis at Audiohammer Studios in Florida.

The artwork was once again created by Greek artist Seth Siro Anton, who also painted the cover artwork for 2006's "Pestokalypse VI" and 2014's "Conjuring The Dead".