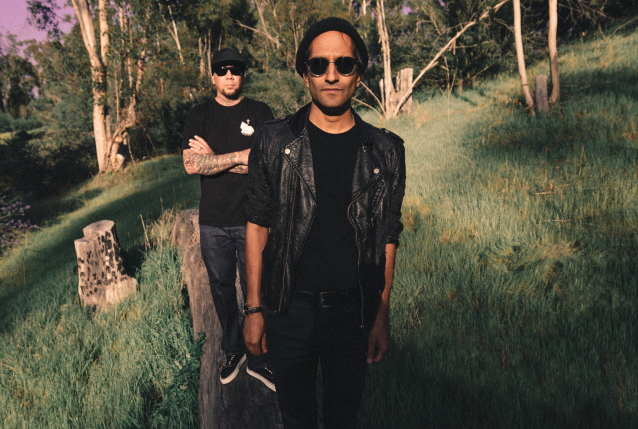 Members of acclaimed chart-topping rock bands FLYLEAF and P.O.D. have gone in a new musical direction and collaborated to form a new band called BELLE AND THE DRAGON. The group is celebrating the release of an acoustic video for their next single, "Trees".

Vocalist and guitarist Sameer Bhattacharya explains: "I wanted the acoustic version of 'Trees' to feel lonely and fragile, reflecting the feeling of isolation when one begins to explore new ideas without the support of the community in which they were brought up."

Bhattacharya, primary songwriter and guitarist for FLYLEAF, began writing and recording his own solo songs during the band's indefinite hiatus. He recruited fellow band member and bassist Pat Seals, along with beloved P.O.D. drummer Noah "Wuv" Bernardo, to record what would become BELLE AND THE DRAGON's debut album, "Birthrights". The album, produced by Dave Hidek and recorded at the Professor Bombay Sound studio in San Diego, weaves through different genres, tempos and emotions. BELLE AND THE DRAGON has been a passion project and labor of love for Bhattacharya, who was able to write and record without a filter.

"BELLE AND THE DRAGON is a project I've had in the back of my head for a while," Bhattacharya revealed. "I've written many songs for FLYLEAF, but ended up having all of these songs that didn't fit that style and would get buried in a hard drive. With BELLE AND THE DRAGON, I made a conscious decision not to cage myself in with styles, genres or lyrics — but to make each song its own. 'Birthrights' is the first experiment."

BELLE AND THE DRAGON made its live debut on the ShipRocked cruise earlier this year, and plans to tour in support of "Birthrights". The album is available on all streaming platforms and on limited-edition vinyl. Made in the USA, each 12x12 album is a unique and true piece of art. Every vinyl in this limited-edition numbered collection set of 560 is a different color and no two are alike. Every vinyl cover is autographed by all three artists: Bhattacharya, Seals and Wuv. 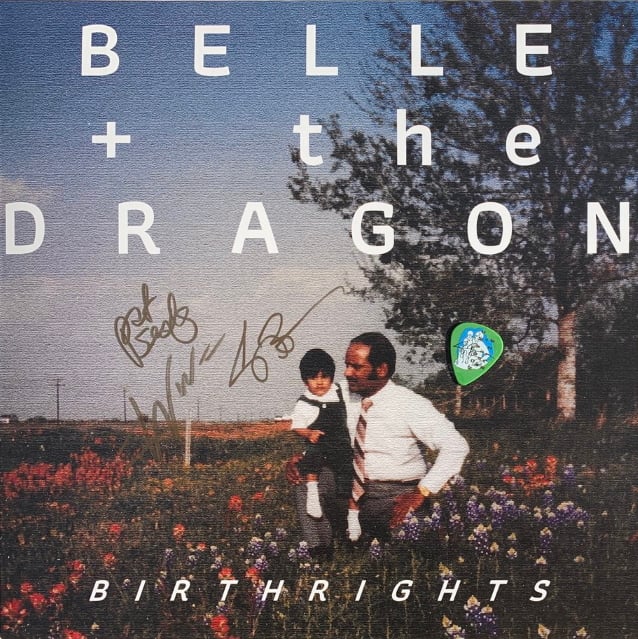