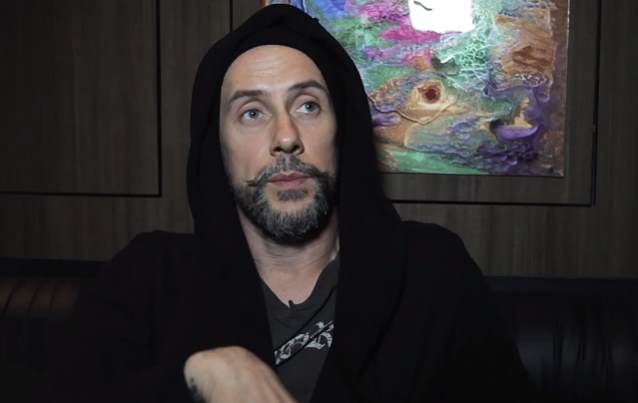 Yell! Magazine recently conducted an interview with guitarist/vocalist Adam "Nergal" Darski of Polish extreme metallers BEHEMOTH. You can now watch the chat below.

BEHEMOTH's video for the new single "Blow Your Trumpets Gabriel" was produced by Grupa 13 and is one of the band's most unsettling and unique works to date.