BEHEMOTH frontman Adam "Nergal" Darski has defended the "Lords Of Chaos", saying that it's a "reall well-done" movie that offers up a "trivialized" version of the events it is based on.

The film, which chronicles the outrageous crimes committed by a few Norwegian black metal bands and their hangers-on in the early 1990s, was helmed by Swedish director Jonas Åkerlund, who made his mark directing music videos for artists from Madonna and THE ROLLING STONES to MAROON 5 and Beyoncé.

The black metal community, which has always been based in elitism and exclusivity, has not been very accepting of the film, with some of the black metal purists taking issue with the accuracy of the movie. But, as Modern Horrors points out, it appears that much of the criticism is rooted in the fact that this exclusive subculture is getting some outside attention rather than the quality of the film.

Nergal shared his views on "Lords Of Chaos" while speaking to Australia's "Everblack" podcast, He said: "It's not a bad movie. The whole story is way too trivialized, but then again, hey, it's there to be sold in movies to the kids. The guy [Jonas Åkerlund] said it from the very beginning: 'This is not a documentary.' And it's not. He colored it up a little bit — not a little bit; quite much — and some of the characters are… I mean, he really paid attention to the details. And some of the scenery and photos and actions, they were replicated, like, identically, really. I was, like, 'Oh, shit! That looks like the photos that I've seen, or the show that I've seen, or this and that.' But overall, it's pretty shallow. It's really well done. Jonas Åkerlund is amazing. I mean, his talents are amazing. But still, keep in mind, it's a shallow Hollywood story now. But I'm far from judging it. And when I read comments from [people online], 'Don't go. Don't watch it.' I'm, like, 'No. Go and watch it and make up your mind and make your own opinion and fucking don't even listen to mine.'"

The film premiered at the 2018 Sundance Film Festival and currently holds a 69% fresh rating over on Rotten Tomatoes. 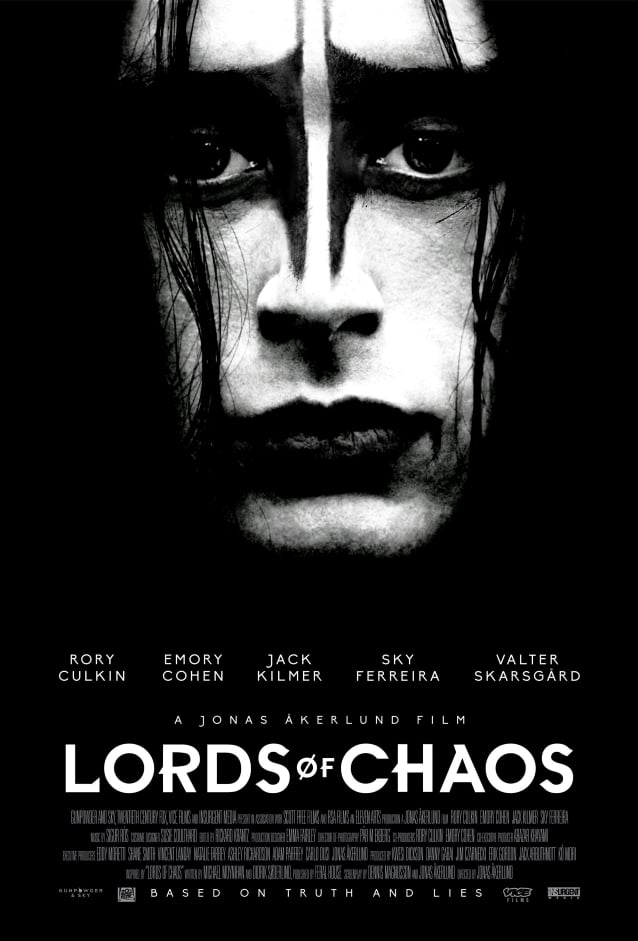