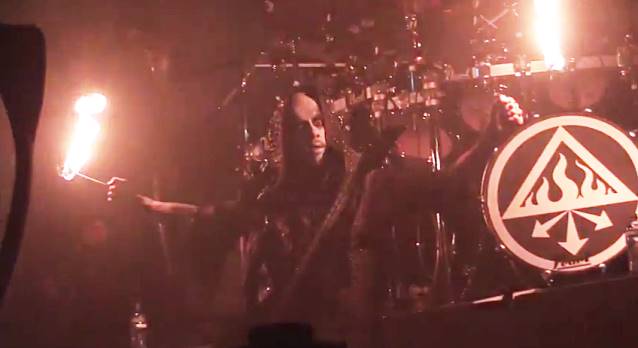 Fan-filmed video footage of BEHEMOTH's February 9 performance at Melkweg in Amsterdam, The Netherlands can be seen below (courtesy of "letthedeathmetalflow").

BEHEMOTH's video for the new single "Blow Your Trumpets Gabriel" was produced by Grupa 13 and is one of the band's most unsettling and unique works to date.