In mid-December, Polish extreme metallers BEHEMOTH will release "Live At The BBC/ Maida Vale Studios", recorded for the BBC Radio 1 "Rock Show" with Daniel P. Carter on December 8, 2014 and first broadcast on December 12, 2014.

Says the band: "This unique record is a BEHEMOTH first-time-ever live BBC recording. It is absolutely special one and, apart from the music, this is what stands behind it: the vinyl has been pressed at The Vinyl Factory UK using legendary EMI 1400 press, the unit which produced some of the most emblematic vinyl records in music history including 'Revolver' and 'Sgt. Pepper' by THE BEATLES, PINK FLOYD's 'The Dark Side Of The Moon', SEX PISTOLS' 'God Save The Queen' and more. This is the first BEHEMOTH issue which, besides the vinyl LP, includes the CD with the same material as well. The cover has been painted by Daniel P. Carter, and the whole thing has been issued with a custom packaging with handmade elements designed by Bartek Rogalewicz/ Hellywood.net." 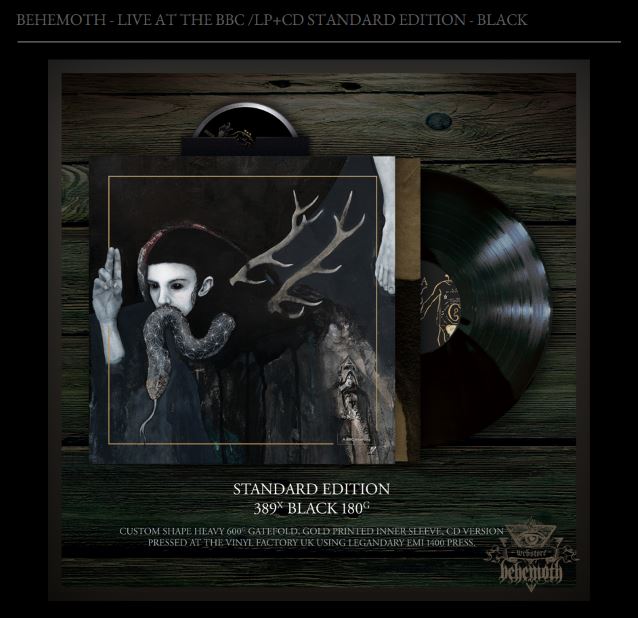