Maniacal Publishing has announced its first release. Realm Of The Damned is a unique graphic novel from the creative team of writer Alec Worley and illustrator Simon "Pye" Parr (2000 AD). The 144-page saga was created by Steve Beatty of England's Werewolf Publishing.

Set for release on October 19, Tenebris Deos is the first of four planned installments of the exciting horror tale. Raw, fast-paced, and bristling with atmosphere, classic gothic monsters are unleashed for a modern rampage of redemption and damnation. It is a bloody and blasphemous epic that features appearances from heavy metal titans BEHEMOTH, EMPEROR and MAYHEM.

Maniacal Publishing founder Greg Ross (founder of legendary punk label Go-kart Records) comments: "When my friend Steve (Beatty) told me about Realm Of The Damned, I literally begged him to let me release it in North America. It's one of the most exciting projects I have ever been involved with and I can't wait for people to see it."

"I'm super excited to see Realm Of the Damned released in the U.S. via Maniacal Publishing and to be working with Greg again," adds Beatty, owner of Werewolf Publishing and former co-owner of Candlelight Records. "Realm Of The Damned has been a huge success in Europe so far with our first pressing selling out. It's fantastic to see it coming stateside for the growing legion of undead fans. Enjoy the darkness America."

Realm Of The Damned is set in a dystopian world run by vampires. To make things worse, the most brutal vampire ever is brought back to life. There is no one left to protect us from what lurks in the dark. There's no Hellboy, no Mulder and Scully, no Torchwood or Men In Black coming to save us. The monsters have won. Our world now belongs to them.

The Vatican's last line of paranormal defense, the Congregation, has finally been overrun by the supernatural forces of darkness. Our heroes are all dead; only the damned remain. Among them is Alberic Van Helsing and the creatures that were once his prey. When an apocalyptic evil is resurrected in the forests of Norway, it falls to Van Helsing to become the hunter once again if mankind and monsters alike are to see the dawn.

Realm Of The Damned is rumored to portray biographic events featuring the black metal band SONS OF BALAUR. Their debut full-length album will be released this fall on Season Of Mist. 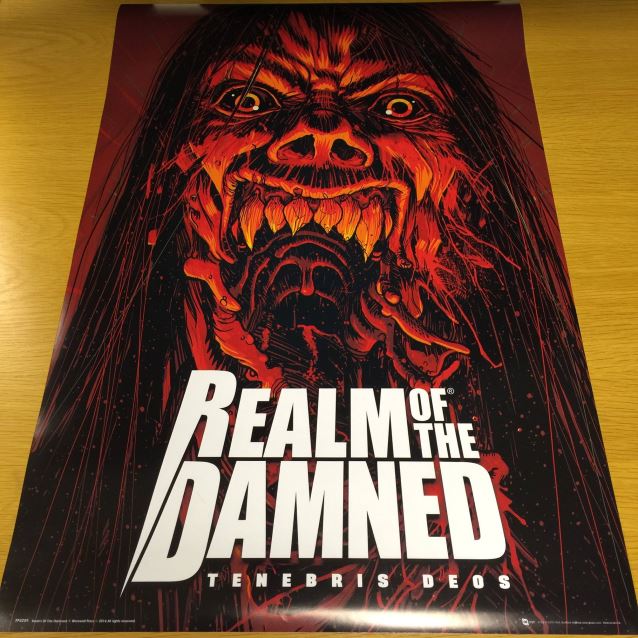