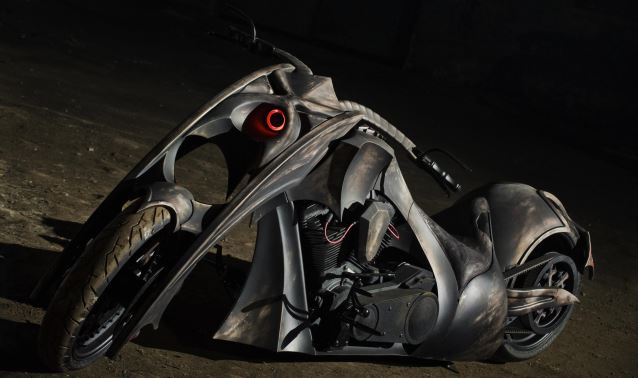 Behemoth Bike, a custom motorcycle created by Polish company Game Over Cycles (GOC) won 2 awards at the European Bike Week (EBW), one of the biggest motorcycle rallies in the world held annually in Austria. In a Custom Bike Show contest organized at EBW 2013 by Harley-Davidson brand, the diabolical machine from Poland took second place in the "Radical" category and won the prestigious audience award — "People's Choice Award".

Behemoth Bike is custom motorcycle inspired by and created in collaboration with by the global Polish icon of metal music BEHEMOTH and particularly the band's leader, Adam "Nergal" Darski.

European Bike Week is one the biggest motorcycle rallies in the world (110,000 participants in 2012).

Game Over Cycles is a Polish custom bikes manufacturer, which started its activity in 2012.

At last year's edition of the European Bike Week, Game Over Cycles' chopper was also awarded with "People's Choice Award".