BEHEMOTH and Brooklyn, New York's Kings County Brewers Collective have joined forces for a Double IPA, "Wolf Ov Siberia". From the most blasphemous depths of extreme metal comes a collaboration brew of epic proportions: "Wolf Ov Siberia" pours pale gold in the glass, with a light lupulin haze. A blistering blast of bright lemon and crushed lime greets your nose, followed by grapefruit, melon and green pine from a megaload of Citra, Motueka and Centennial hops. Balanced by soft wheat and flaked rye, with a touch of savage bitterness on the finish, it's fierce, fresh, and dangerously drinkable at a 7.7% ABV. "Wolf Ov Siberia" beckons all BEHEMOTH and beer fans — "come all ye wolves ov Siberia, we hail the flame, we hail the ice..."

Tony Bellis, co-founder of Kings County Brewers Collective, comments: "We love brewing a wide variety of different beer styles at KCBC and strive to constantly challenge our drinkers' taste buds — in the same way that BEHEMOTH has consistently pushed the boundaries of metal into brutal, uncharted territories over the years. Having been long time BEHEMOTH fans, we're incredibly excited to collaborate with them on this killer Double IPA."

BEHEMOTH mastermind Nergal adds: "BEHEMOTH global domination is still in full effect! After partnering with our friends at Perun to give you a unique craft experience, we thought why just brew beer for the lucky ones in Europe? Kings County Brewers Collective said they could delight the palate of the Americans too! Just in time for our album release October 5th, you'll be seeing 'Wolf Ov Siberia' at a bar near you!"

KCBC will host a "Wolf Ov Siberia" can release party on October 15 at the KCBC Brewery & Taproom in Brooklyn, followed by a wider release to quality craft beer spots throughout the New York City metro area and beyond. "Wolf Ov Siberia" will also be available at BEHEMOTH's upcoming art exhibitions, "Thou Art Darkest", in New York City and Los Angeles, for the band's new album, "I Loved You At Your Darkest".

Released last week worldwide, "I Loved You At Your Darkest" is a crushing salvo of black metal majesty replete with hellish riffs, thundering drum cannonades and soaring liturgical choirs reminiscent of classic horror cinema. The group's most dynamic record yet, the album is extreme and radical on one hand, but also more rock-oriented than any other BEHEMOTH release. It was produced by the bandmembers themselves, with drum co-production by Daniel Bergstrand (MESHUGGAH, IN FLAMES), mixing by Matt Hyde (SLAYER, CHILDREN OF BODOM) mastering by Tom Baker (NINE INCH NAILS, MARILYN MANSON), and a 17-piece Polish orchestra arranged by Jan Stoklosa.

BEHEMOTH will be tour the USA this October/November as part of the "Ecclesia Diabolica America 2018 e.v." trek, featuring special guests AT THE GATES and WOLVES IN THE THRONE ROOM. 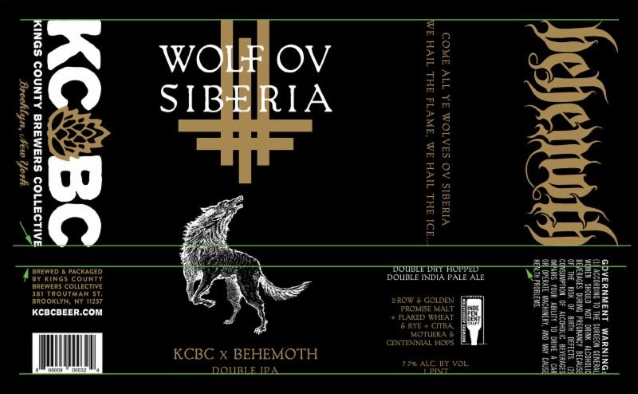