The cover artwork for "Dichotomy", the third album from Atlanta, Georgia-based metallers BECOMING THE ARCHETYPE, can be viewed below. The artwork was created by Kristian Wahlin (AT THE GATES, AMORPHIS, BATHORY, DISSECTION, THE BLACK DAHLIA MURDER, THERION, EVERGREY).

The CD is scheduled for release on November 25 via Solid State Records.

The CD will feature guest appearances by Ryan Clark (DEMON HUNTER), Devin Townsend (STRAPPING YOUNG LAD) and a soprano named Suzanne Richter. According to the band, "All three make appearances on the album in key places that enable the music to go one step further in their maturity."

BECOMING THE ARCHETYPE's second album, "The Physics of Fire", was released in Europe in June 2007 via Century Media Records. The U.S. release was handled by Solid State Records. The CD was produced by Rob Caggiano (BLEEDING THROUGH, CRADLE OF FILTH, ANTHRAX). 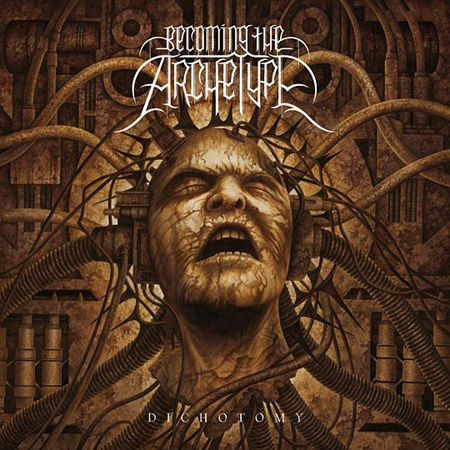