Anton stated: "It's a great pleasure and honor to go on tour with the legendary W.A.S.P., which is not only one of the best heavy metal bands of all times but also one of the main musical influences of BEAST IN BLACK!"

BEAST IN BLACK's debut album, titled "Berserker", will be released on November 3 via Nuclear Blast. The disc was produced by Kabanen and recorded primarily at his studio, Sound Quest Studio. The cover artwork is a collaboration between Anton and Roman Ismailov, who was the original illustrator and graphic artist for BATTLE BEAST.

BEAST IN BLACK was formed by Kabanen shortly after he exited BATTLE BEAST in early 2015. By the end of that year, his new group had played its first gig as opening act for NIGHTWISH.

The recording process for "Berserker" took more than a year and was completed this summer. The Nuclear Blast deal was inked almost immediately after BEAST IN BLACK put the finishing touches on the album.

According to a press release, "Berserker" "continues in the style of Anton's previously composed works which include the first three BATTLE BEAST albums. One of the essential themes on this debut album is the Japanese manga and anime Berserk." 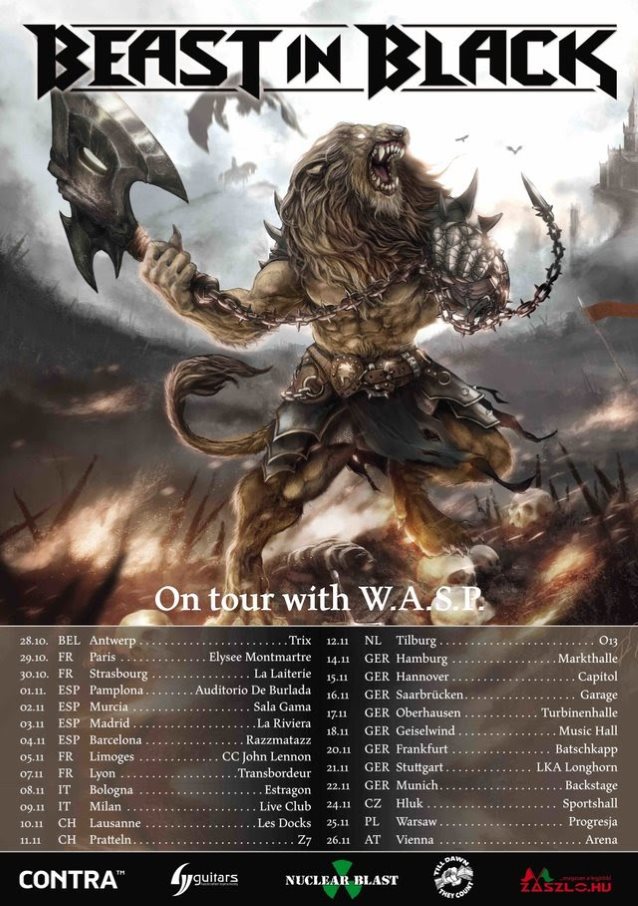