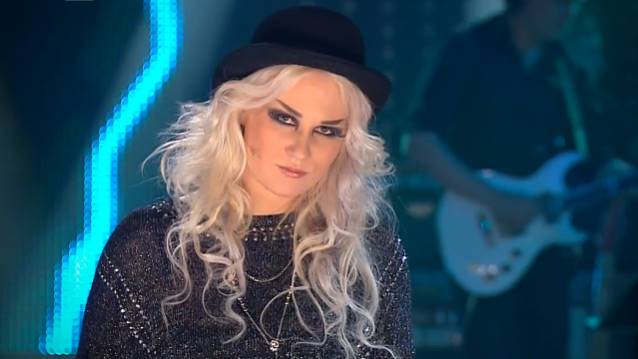 Singer Noora Louhimo of Finnish metallers BATTLE BEAST was featured on a recent episode of the Finnish YLE TV2 television show "Tartu Mikkiin" (English-language translation: "Grab That Microphone"), a family music program in which two teams compete with each other to guess the karaoke interpretations. You can watch video footage of her appearance below.