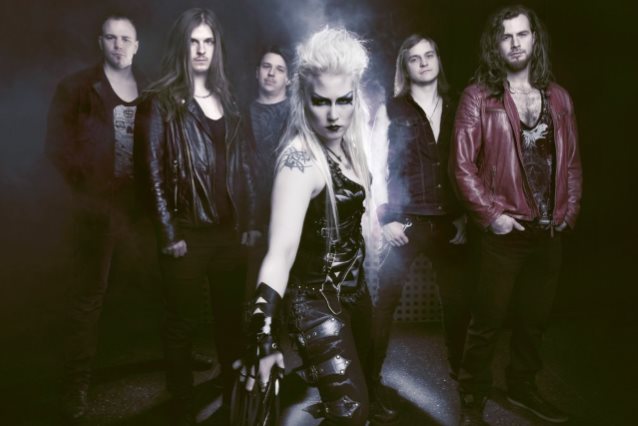 Finnish metallers BATTLE BEAST have commenced the songwriting process for the follow-up to 2017's "Bringer Of Pain" album. "We started in the beginning of this year, doing the demos," singer Noora Louhimo told Antihero Magazine during a recent interview (see video below). "And when we get back [from the road], we continue doing the new album. So it's gonna be out next year."

Asked what fans can expect to hear on the next BATTLE BEAST disc, Noora said: "I don't wanna say anything too much revealing, but a hundred percent heavy metal. [Laughs]"