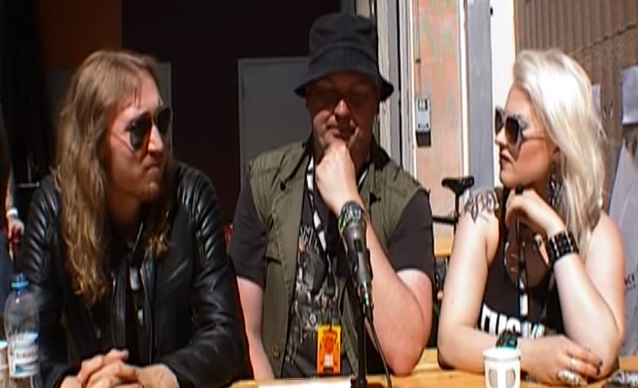 TJ Fowler of Skullbanger Media conducted an interview with vocalist Noora Louhimo and guitarist Anton Kabanen of Finnish metallers BATTLE BEAST at this year's Tuska open-air festival, which was held June 27-29 in Helsinki, Finland. You can now watch the chat below.