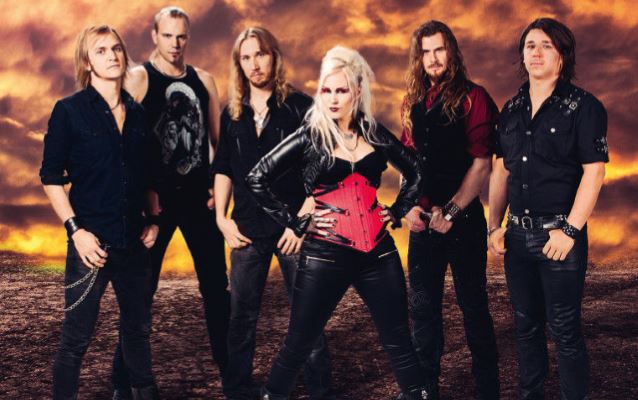 Finnish female-fronted metallers BATTLE BEAST have parted ways with lead guitarist and main songwriter Anton Kabanen due to "insurmountable disagreements" with the other members of the band. A substitute guitarist has already been enlisted for BATTLE BEAST's upcoming shows, beginning with dates in Finland this March. Kabanen is going to continue making music and working on new projects. The remaining members of BATTLE BEAST are already preparing material for their upcoming fourth album.

Speaking to Rumba magazine, Kabanen stated about his exit from BATTLE BEAST: "This has been brewing for quite some time.

"I did not want to leave. The initiative came from the rest of the band, and I am now forced to leave.

"The BATTLE BEAST company owns the name BATTLE BEAST, not me, and there were five guys against me in this company. There was nothing I could do."

According to Kabanen, the split came about as a result of his desire to make music without compromise, and without having to answer to anyone else. The other members of the band did not have "enough musical knowledge" to grasp what he wanted to create. Kabanen wanted to plan everything out to the smallest detail, and the rest of the band wanted to be more involved in the creative process. Therefore a conflict was inevitable.

"Of course there is other stuff, which I'm not ready to talk about," Kabanen added.

Asked what he wanted to say to BATTLE BEAST fans who are undoubtedly baffled by this latest turn of events, Kabanen said: "First of all, a sincere thanks for all the support that the fans and friends have given me. I just hope they will be as interested in my next project. I will continue, of course, making music. That's my whole life."

He continued: "I can't tell you yet what will happen and when. [But it will] probably [be] something [musically] pretty similar [to BATLLE BEAST], [in the] traditional heavy metal [vein]. But now I have more experience and understanding of how things can be done better. I will be careful about how I do things from now on, and how to launch a new band. I believe that it will be better than anything I've done in the past."

The remaning members of BATTLE BEAST did not wish to comment on Kabanen's departure from the group.

BATTLE BEAST's third studio album, "Unholy Savior", entered the Finnish chart at position No. 1. The CD was released on January 9 in Europe and January 13 in the U.S. via Nuclear Blast.