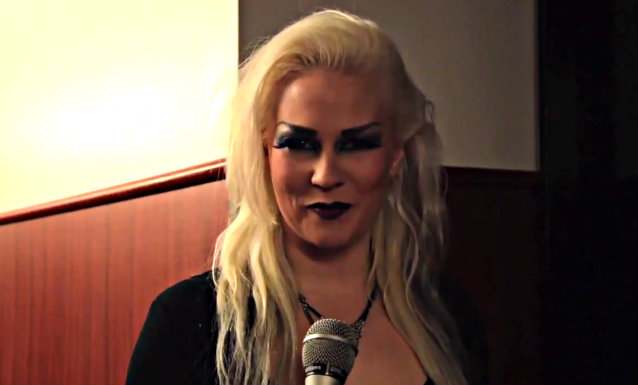 Kaaos TV conducted an interview with Finnish female-fronted metallers BATTLE BEAST before the band's January 11 concert in Turku, Finland. You can now watch the chat below (in Finnish, with English subtitles; click on "CC").

Fan-filmed video footage of BATTLE BEAST's entire performance on this year's Sabaton Cruise — which took place November 28, 2013 aboard the Silja Galaxy on the Baltic Sea — can be seen below.