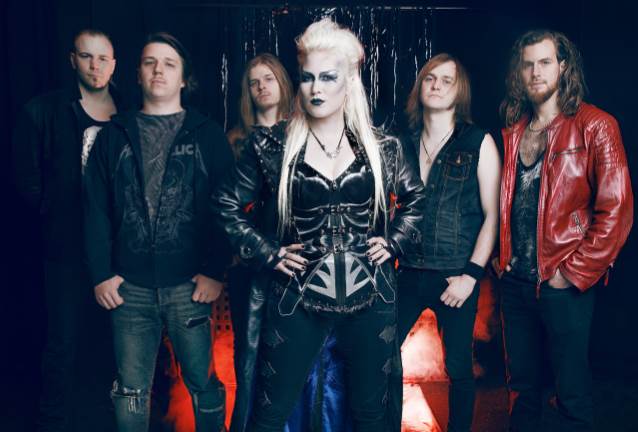 Guitarist Joona Björkroth of Finnish metallers BATTLE BEAST has confirmed that the band will enter the studio later this year to begin recording its fifth album for a 2019 release. Speaking to Infernal TV, Joona said (see video below): "We do the summer festivals, and then we hit the studio. I have written maybe 14 songs already. The other guys have written several songs — I have heard at least six or seven. So that's what we're gonna do — we're gonna produce them and make them good and make a whole album. And it's gonna take [the rest of] this year. After the summer festivals, that's our job for a few months."

"Bringer Of Pain" was released in February 2017 via Nuclear Blast Records. The ten-track disc was recorded and produced at JKB Studios by keyboardist Janne Björkroth, was mixed by Björkroth alongside Viktor Gullichsen and Mikko Karmila, and was mastered by Mika Jussila at Finnvox Studios. The cover artwork was crafted by Jan Yrlund.

"Bringer Of Pain" was BATTLE BEAST's first album to feature Joona Björkroth, who joined the band in 2015.