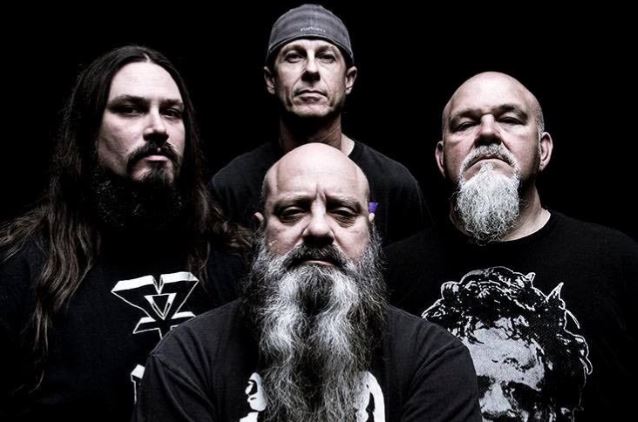 CROWBAR will celebrate the 20th anniversary of its classic 1998 album, "Odd Fellows Rest", by performing it in its entirety on August 4 at the Southport Hall in the band's hometown of New Orleans, Louisiana. The concert will mark the final appearance with CROWBAR of bassist Todd "Sexy T" Strange, who will no longer be the group's touring bassist. The band states: "All of us in CROWBAR believe that family comes first."

A founding member of CROWBAR, Strange returned to the group in 2016, 16 years after his initial departure from the band.

CROWBAR frontman Kirk Windstein said in 2016 that having Strange back in the group was "important to me and, I think, the fans. It's a great feeling to be standing onstage next to him," he said. "It's a breath of fresh air for the band and makes us stronger.

CROWBAR previously played "Odd Fellows Rest" in full at this year's Roadburn festival, which was held in April in Tilburg, The Netherlands.

CROWBAR's 11th album, "The Serpent Only Lies", came out in October 2016. The cover artwork was created by renowned artist Eliran Kantor, who has previously worked with bands like HATEBREED, SOULFLY and KATAKLYSM.

Crowbar will be performing Odd Fellows Rest 20th anniversary show at Southport Music Hall August 4th! We did it at...