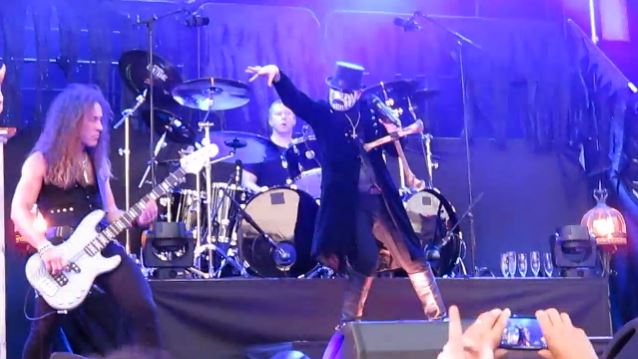 KING DIAMOND played its first show with Egberg on July 25 at Gröna Lund in Stockholm, Sweden. Fan-filmed video footage of the concert can be seen below.