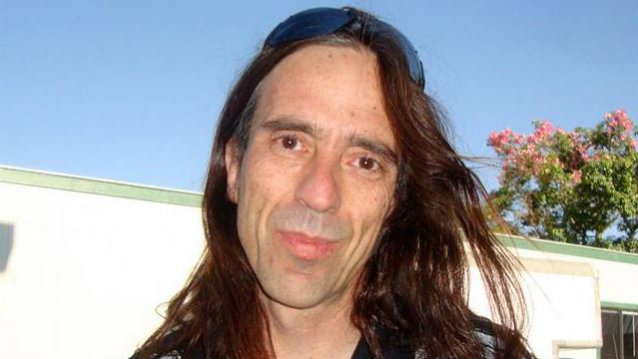 "Thank you so much for the birthday wishes.

"Lately, it's been all too easy to forget how many people's lives I've actually 'touched.'

"The last five months or so have been some of the most difficult of my 48 years on this Earth and seeing this support really helps. Thank you.

"I'm still kind of in shock by how everything went down with TESTAMENT. And all I'll really say about that is — there are no 'bros' in TESTAMENT. The catch phrase coined by the Chief himself is every one man for himself, and it's taken to a sickening extreme with zero humanity. C'est la vie. But I'm not done playing music yet. Far from it. But every day's a struggle. And on top of it all, I have to deal with a few haters (people I barely know) going out of their way to derail me in any way they can. Thanks, guys. LOL.

"Anyway... Thank you again for all the birthday wishes. I appreciate it more than you all can probably understand. Cheers!!!"

In a recent interview with 100PercentRock.com, TESTAMENT frontman Chuck Billy stated about Christian's latest departure from the band: "Well, I think Greg, he informed us that he wasn't going to be participating on the new record release and that was his last tour with us. We knew we had Australia coming up, so, of course, Steve DiGiorgio was probably one of the first ones to come to mind. He did 'The Gathering' record with us and we enjoyed that whole cycle of touring, so he was definitely, probably, our first choice. We didn't want to go through auditions and do all that. We just knew that he was here, and he could do it, and it was killer."