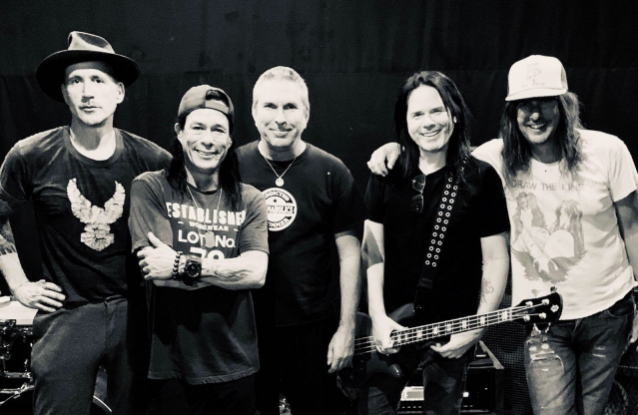 The original lineup of BANG TANGO will reunite for select shows in 2020.

BANG TANGO was founded by Knight and Kyle in 1988. After recruiting Stevens, Lesté joined, along with Ketler, to complete the classic line up of BANG TANGO.

Lesté stated about BANG TANGO's comeback: "As with any band in any genre, over the years there have been multiple lineup changes and the obvious ups and downs, both personally and professionally with this band. The five of us had, and still have, a bond musically and personally that simply doesn't come along every day. Within one hour of us getting in the rehearsal room, it was obvious that we needed to do this, and do it for the RIGHT reasons. We are all only here once."

Knight added: "We as in BANG TANGO just want to say we're thrilled by your love and warmth you have given us today regarding our announcement. Date of shows and locations will come in time! This isn't just a one-off reunion show we plan on doing! Cheers and thanks again for the amazing comments and support!"

Although BANG TANGO was often lumped in with the whole '80s glam metal movement (perhaps due to their pretty-boy looks and the fact that they hailed from Los Angeles), the hard-rockin' quintet was one a few L.A. glam groups to incorporate funk into its sound — around the same time as the RED HOT CHILI PEPPERS and FAITH NO MORE made it acceptable to do so. The band piqued the interest of Mechanic/MCA shortly after the quintet issued its first in-concert recordings, 1987's "Live Injection". Following the release of their major-label debut, "Psycho Cafe", in 1989, MTV's "Headbangers Ball" gave significant air time to the single "Someone Like You", and eventually it became a mainstay on the dial MTV charts. The group continued to issue albums throughout the early 1990s, including "Dancin' On Coals", "Ain't No Jive...Live!" and the critically acclaimed "Love After Death".