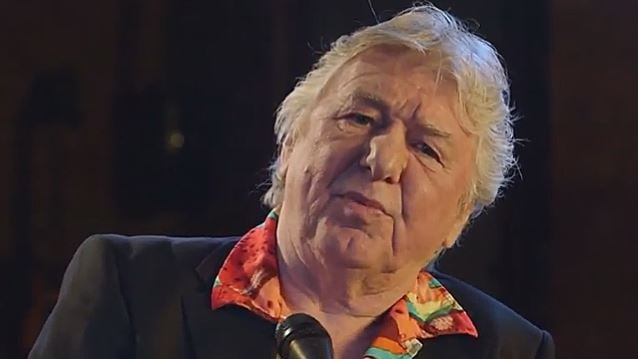 BAD COMPANY guitarist Mick Ralphs is recovering in hospital after suffering a stroke.

Ralphs's family said in a statement: "Following the BAD COMPANY UK tour that wound up last Saturday [October 29] at London's O2 Arena, the family and representatives of the band's co-founder, guitarist and songwriter Mick Ralphs are sad to announce that Mick has suffered a stroke.

"Mick is receiving excellent medical care and is recovering in hospital, although all his public engagements are necessarily on hold, pending his improvement."

"Everyone is wishing Mick a speedy recovery, and further news will be announced at the appropriate time."

Ralphs opted not to join his bandmates on the road in the U.S. this past summer and was replaced by former BLACK CROWES guitarist Rich Robinson.

"I've decided to sit this upcoming U.S. tour out," Ralphs stated at the time. "The travel required to do these dates is something I'm just not feeling up for at the moment. I'm glad the band found Rich to take my place for this run. I'm sure he'll be great."

BAD COMPANY was formed in 1973 after members of FREE, MOTT THE HOOPLE and KING CRIMSON decided to join forces.