The band will be touring in support of their 11th studio album, "The Getaway", out now on Warner Bros. Records, which was #1 in ten countries across Europe and was produced by Danger Mouse and mixed by Nigel Godrich.

RED HOT CHILI PEPPERS have spent the summer performing at a variety of music festivals around the world, including headlining Lollapalooza in Chicago, T In The Park in Scotland, Fuji Rock in Japan and this weekend headlined the Reading and Leeds festivals.

Supporting the band across their U.K. tour will be Japanese sensation BABYMETAL (pictured). The J-pop teen metallers have taken the world by storm since their formation in 2010. Their latest album, "Metal Resistance", peaked at number fifteen on the U.K. album chart, the highest position reached by a Japanese band.

Tickets for the U.K. shows go on general sale 10 a.m. on Friday, September 2. 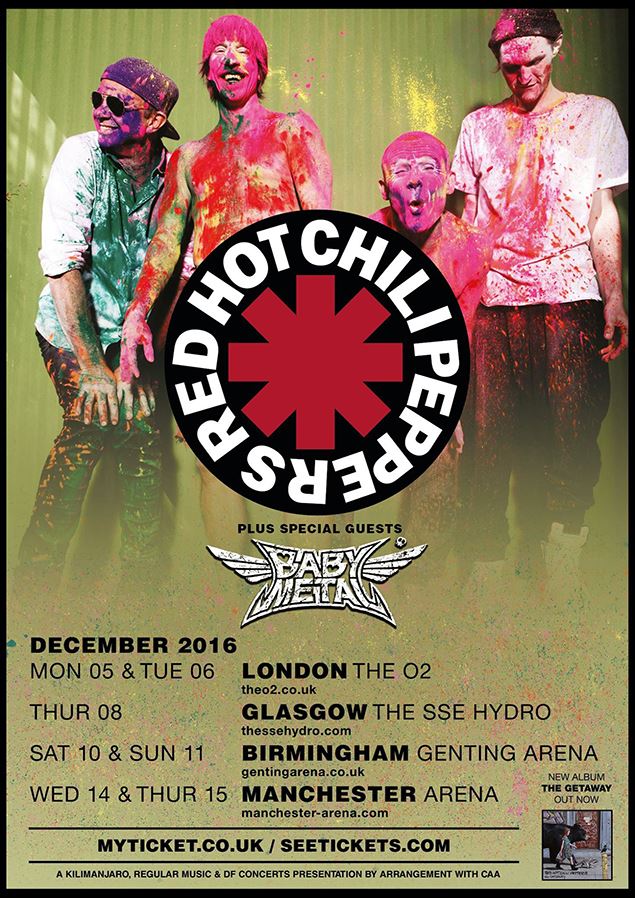