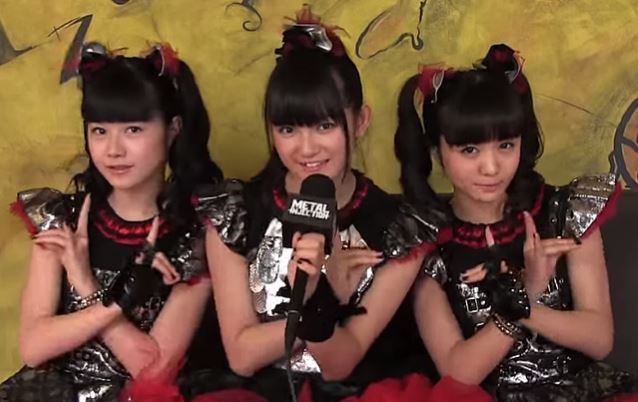 Metal Injection conducted an interview with BABYMETAL when the band visited New York City in early November. The Japanese pop-metal crossover sensation discussed their time in the States, the Fox God (the divine entity credited with creating BABYMETAL) and their future. The answers were all translated by their tour manager. Check out the chat below.

BABYMETAL will release the "Live At Budokan: Red Night & Black Night Apocalypse" DVD/Blu-ray on January 7, 2015. The set will contain the band's Nippon Budokan performances from March 2014 when the three BABYMETAL singers/dancers became the youngest artists to ever appear at the famed venue.