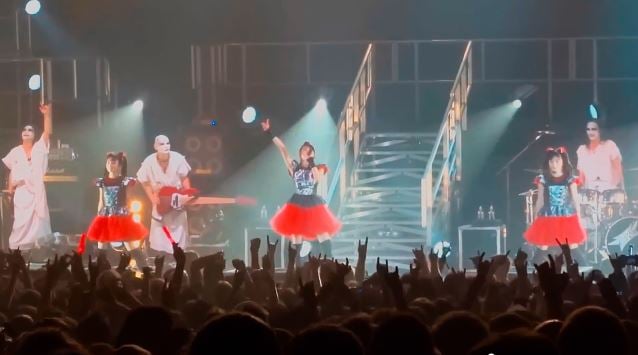 Fan-filmed video footage of the Japanese pop-metal group BABYMETAL performing a brand new song, "The One", this past Saturday, November 8 at the Brixton O2 Academy in London, England can be seen below.

BABYMETAL is based on the theme of "Kawaii Metal". After releasing their music video for "Doki Doki Morning" in 2011 to worldwide acclaim (and shock!), BABYMETAL performed at the Tokyo Idol festival later the same year. In March 2012, they released a collaboration single "II Ne!" with Kiba of AKIBA, followed by "Headbangeeeeerrrrr!!!!!" in July, 2012. BABYMETAL made their first overseas performance at Anime Festival Asia Singapore in November 2012.

In January 2013, BABYMETAL released their major-label debut single, "Ijime, Dame, Zettai" ("No more bullying") via Toy's Factory, and achieved the #6 spot on Oricon's singles chart. Later in 2013, they released their follow-up single "Megitsune" and began their "Death Match Tour 2013", accompanied by a live metal band and performing at several music festivals, including Metrock, Rock In Japan, and Anime Festival Indonesia. In October 2013, BABYMETAL was a featured performer at Japan's metal festival Loud Park, and they released the three-concert Blu-ray "Live -Legend I, D, Z Apocalypse" in November 2013. BABYMETAL performed their first solo live show in Singapore in December 2013. 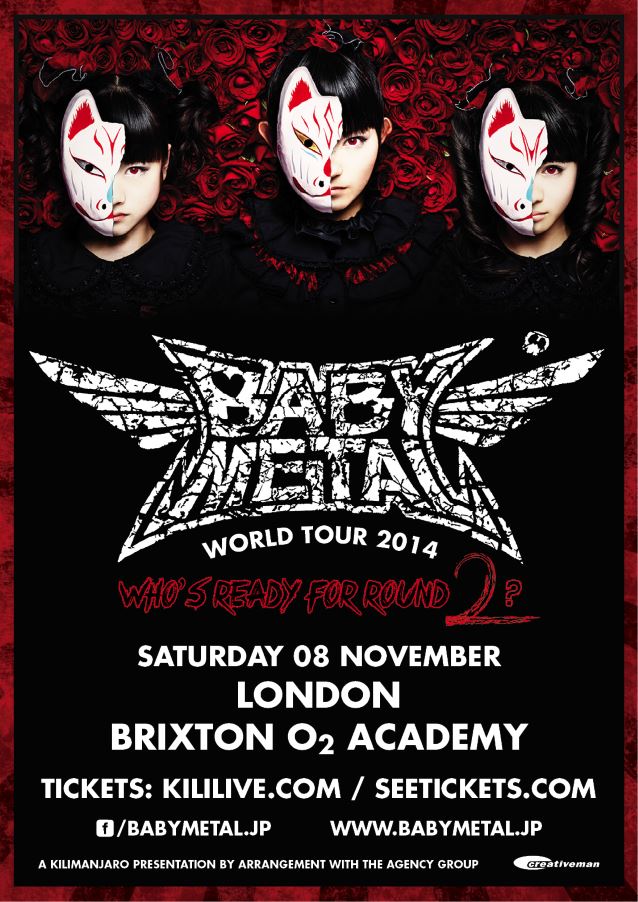