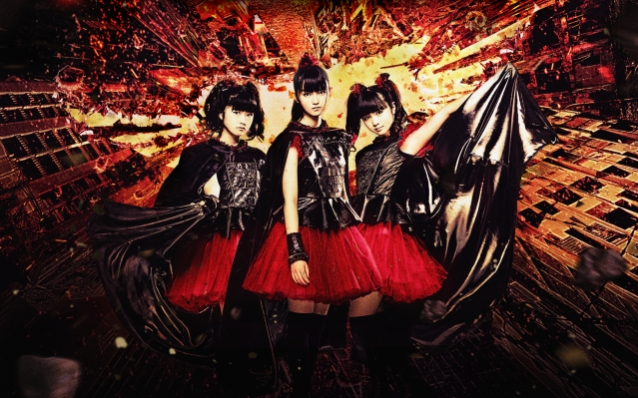 Last fall, BABYMETAL announced the departure of Yuimetal, who was formerly one of the members of the Japanese group's core trio. She exited the band, explaining in a statement that she would go on to pursue a solo career as Mizuno Yu.

Speaking to Metal Hammer magazine, BABYMETAL's Su-metal said that she and Moametal are still on good terms with their former bandmate.

"We've been together for a long time — Yuimetal is like a family member to this group," she said. "Although she has left, we'll continue to support her and hope that she can pursue what she'd like to do in the future."

BABYMETAL manager Kobametal admitted that he was initially concerned about how the duo would react to losing their longtime bandmate.

"Obviously I was worried about them, but at the same time I respect each member — and both of them have become adults, and each of them are continuing BABYMETAL because they want to," he said. "I definitely appreciate that. There's a sort of trust between this group and I trust that they want to do it."

Yuimetal had been absent from BABYMETAL's activities since December 2017, when she was a no-show at a concert in Hiroshima.

The group has supported Lady Gaga on a North American tour and has performed at numerous music festivals around the world.

BABYMETAL's fall 2019 U.S. headlining tour kicked off on September 4 in Orlando, Florida, and will run through October 16 in Seattle, Washington. The trek includes the previously announced October 11 gig at The Forum in Los Angeles, which will mark BABYMETAL's first headlining arena show in the States. Support on the BABYMETAL tour through the October 4 show in San Francisco will come from the Swedish metal band AVATAR.

BABYMETAL's third album, "Metal Galaxy", will be released on October 11 via earMUSIC/Edel. The follow-up to 2016's "Metal Resistance" is based on the concept of "The Odyssey Of Metal Galaxy".