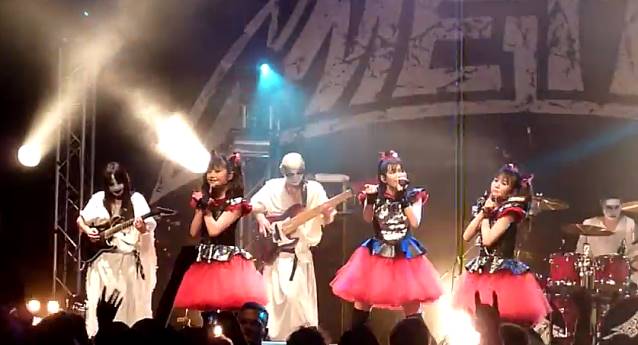 BABYMETAL — the heavy metal offshoot of the Japanese pop idol group SAKURA GAKUIN that performs a distinctly Japanese mix of schoolgirl J-pop and death metal — kicked off its world tour with a headlining show last night (Tuesday, July 1) at La Cigale in Paris, France. Fan-filme video footage of the concert can be seen below. 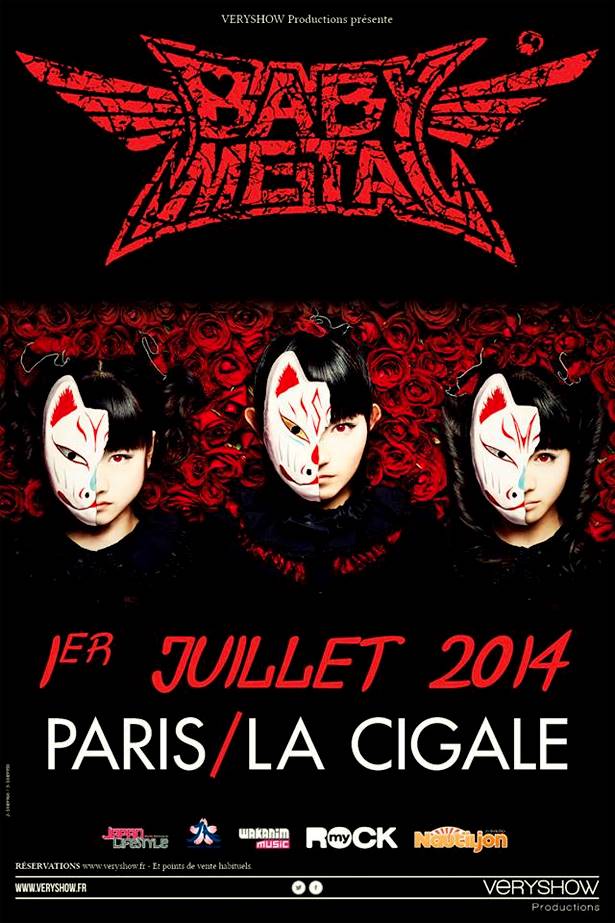