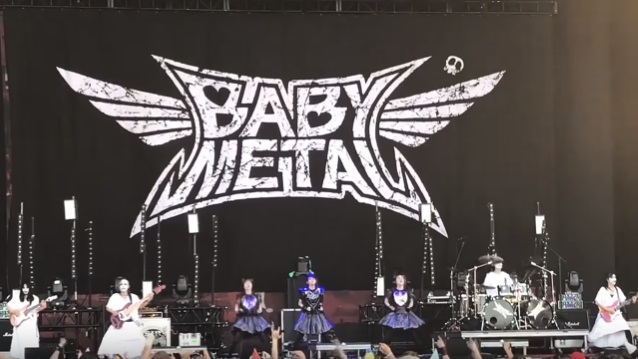 Mikio Fujioka, one of the guitarists in the the KAMI BAND, which serves as the backing group for the Japanese pop-metal outfit BABYMETAL, has died at the age of 36.

"The 'Little' Guitar Kami of #BABYMETAL's #Kamiband has passed away in the METAL GALAXIES," BABYMETAL tweeted on Tuesday. "We hope that he is now with his GUITAR MASTER A.Holdsworth and enjoying an epic guitar session with him. We are the one, Together, We’re the only one, You are the one, Forever, #RIP #THEONE."

Mikio was better known to BABYMETAL fans as Ko-Gami, or The Little God.

His wife announced his untimely passing via his official Twitter account, claiming that he fell from a height on December 30 while at an observation deck and died on January 5 after his condition deteriorated.

Fujioka, who graduated from the Musicians Institute of Osaka in 2000, had previously played with TRICK BOX and MMM. He had toured with BABYMETAL since 2013.

Mikio is survived by his wife and two daughters.

The “Little” Guitar Kami of #BABYMETAL ‘s #Kamiband has passed away in the METAL GALAXIES. We hope that he is now with his GUITAR MASTER A.Holdsworth and enjoying an epic guitar session with him.

We are the one
Together
We're the only one
You are the one
Forever#RIP #THEONE pic.twitter.com/NMUg3mhmes