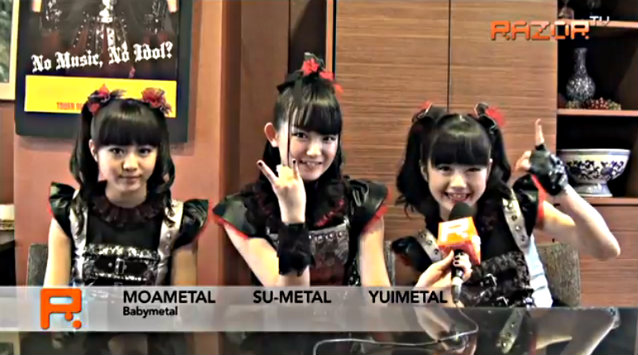 Razor TV conducted an interview with BABYMETAL — the heavy metal offshoot of the Japanese pop idol group SAKURA GAKUIN that performs a distinctly Japanese mix of schoolgirl J-pop and death metal — when the band performed in Singapore in December 2013. You can now watch the chat below.

BABYMETAL's "Megitsune" single was released on June 19, 2013. The song is said to combine traditional Japanese instruments with metal overtones and an enka ballad to create a festive sound. The theme of the track is "women are born actresses." Four different versions were made available for fans to purchase: a limited "Tsu", limited "Ki", and a limited "Ne" edition, as well as a less expensive regular edition. The limited versions come with bonus videos from the BABYMETAL live events that were held from 2012 to early 2013. 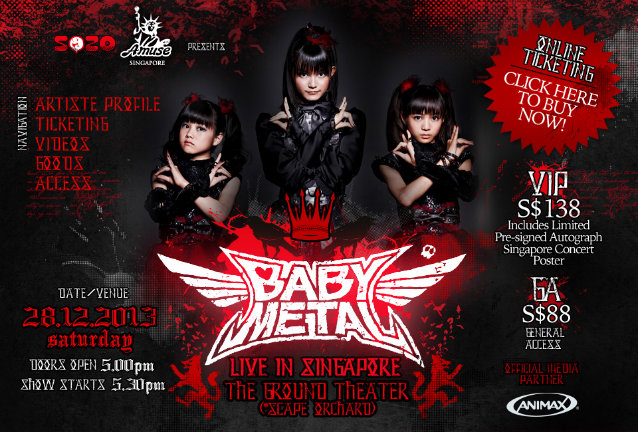