Japanese pop metal act BABYMETAL will embark on a fall 2019 U.S. headlining tour in support of its upcoming album. The band's first-ever full-scale headlining U.S. tour will kick off on September 4 in Orlando, Florida, and run through an October 16 in Seattle, Washington. The trek includes the previously announced October 11 gig at The Forum in Los Angeles, which will mark BABYMETAL's first headlining arena show in the States.

Support on the BABYMETAL tour through the October 4 show in San Francisco will come from the Swedish metal band AVATAR. The last two dates will feature THE H as opening act.

* No support
^ Festival date
# No AVATAR, support from THE H 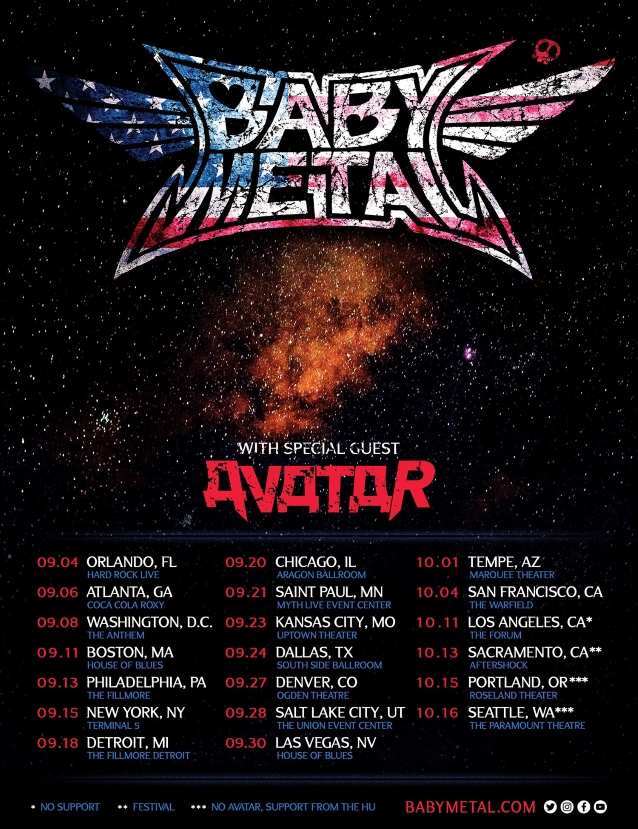