"Tales Of The Crown", the eighteenth offering from German guitarist AXEL RUDI PELL, has registered the following first-week chart positions in Europe:

According to a press release, "Tales Of The Crown" is a "haunting" studio album featuring ten brand-new compositions. "Our fans will get just the kind of songs they have come to know and expect from me and my band," says Pell, adding, "plus a few little innovations." Axel Rudi Pell is referring to the contemporary touch which some of his latest tracks feature, mainly in terms of rhythm. "But don't worry, these modern approaches are only gradual and don't affect the typical flair of my songs."

AXEL RUDI PELL will embark on a European tour in January/February 2009.

OnTrackMagazine.com has posted a new audio interview with AXEL RUDI PELL. It is now available for streaming at this location.

A gydget for "Tales Of The Crown" can be found below. 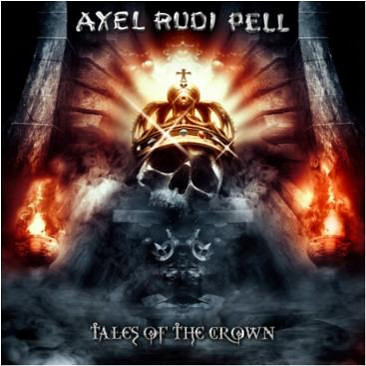